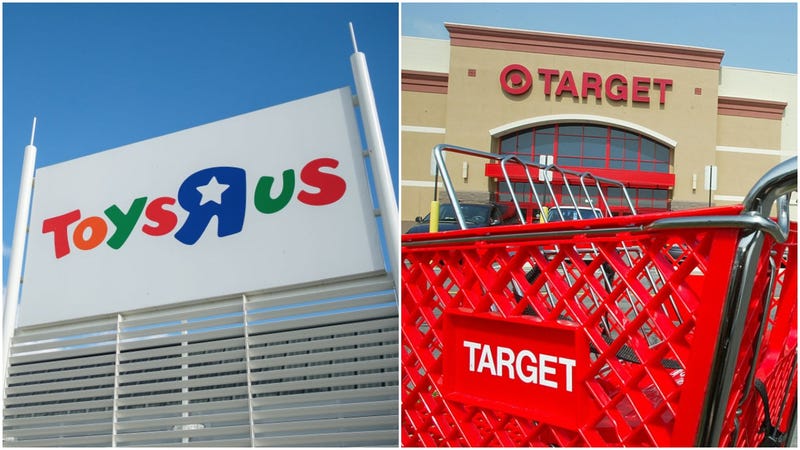 Target is partnering with the Toys R Us to help the toy retailer relaunch its website. The deal will allow the company to have an online presence once again.

Toys R Us posted on their Twitter account about the announcement and said this will help customers “power your shopping experience” while they partner with Target.

Explore the ultimate online toy experience at https://t.co/uGZMjODwAV featuring hot toy reviews, the latest trends and unique content for kids of all ages! To power your shopping experience we've partnered with @Target so you can check out with confidence and ease. pic.twitter.com/EdSp8iSGkz

Starting on Tuesday, shoppers who visit ToyrsRUs.com to buy the latest toys will be redirected to Target.com to complete their purchase. According to CNBC, both companies declined to comment on “how much of each sale goes to Target versus TRU Kids."

Toys R Us CEO Richard Barry also told CNBC that the website will offer toy reviews and guides with gift suggestions. Barry said the partnership will allow the toy brand to focus on “rebuilding its retail business.”

In 2017, Toys ‘R’ Us announced they liquidated all US stores after filing for Chapter 11 bankruptcy. Their last American store closed in June 2018.

Over a year after shuttering of all its 700 American stores, the legendary toy chain has announced they are relaunching with two brand new brick-and-mortar locations in November, according to a press release on the toy company's website.

The new stores will be located at The Galleria in Houston and at the Westfield Garden State Plaza in Paramus, New Jersey, which is just outside New York City.

According to a press release, the stores will offer “an interactive, playground-like environment, creating an entirely new retail experience centered around product discovery and engagement.”

If the initial two stores are successful, there are plans to open more locations in “prime, high-traffic retail markets” throughout 2020.