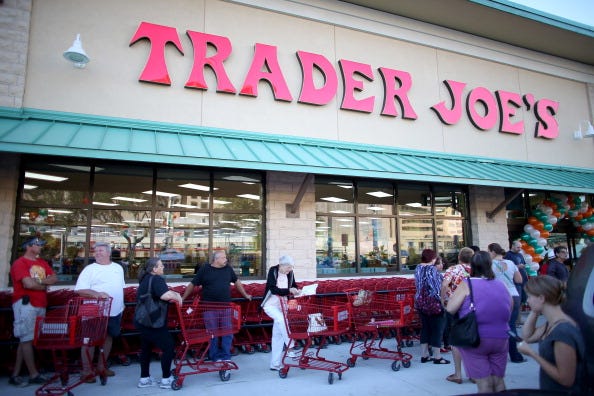 It’s awards season, which means Trader Joe’s is joining in on the fun.

Every year, TJ’s chronicles their customers’ favorites by holding a poll and tallying the votes. Then, they compile a list of some of the best Trader Joe’s items of that year so that customers everywhere can stock up on fan favorites.

The list is separated into categories, making it easier for consumers to actually choose between the plethora of amazing Trader Joe’s food and beauty items.

Here’s a look at some of the winners of the 11th annual Customer Choice Awards from Trader Joe’s:

Favorite Overall: Everything But the Bagel Sesame Seasoning Blend

Last year, this category was won by TJ's Mandarin Orange Chicken, which fell on the runner-up list this year. The chicken was joined by Cauliflower Gnocchi, Dark Chocolate Peanut Butter Cups, and Unexpected Cheddar.

This category showed another close-but-no-cigar moment for the Cauliflower Gnocchi, which landed itself on the runner-up list once more alongside Chicken Tikka Masala, Butter Chicken, and Sweet Potato Gnocchi with Butter and Sage.

2019 was the year of the milk alternatives, and the winner of the favorite beverage item on this list proves it. Almost making the cut came Honeycrisp Apple Cider, Triple Ginger Brew, Spiced Cider, and Charles Shaw Wine.

This one almost took the crown for favorite overall, but didn't quite make it there. Runners-up include English Cheddar with Caramelized Onions, Creamy Toscano Soaked in Syrah, Wild Blueberry & Vanilla Chevre, and Cranberry Chevre.