The U.S. Capitol building is now secure as law enforcement drove back crowds outside the building.

A 6 p.m. curfew has gone into effect until 6 a.m. for D.C. in response to the violence.

The woman was identified by KUSI News in San Diego as San Diego area resident Ashli Babbit, a 14-year military veteran. According to KUSI News, she was a President Trump supporter.

Congress continued the electoral vote count tonight as officials such as former presidents Barack Obama and George W. Bush condemned the violence at the Capitol.

Pelosi says Congress will continue electoral vote certification: “we have decided we should proceed tonight at the Capitol once it is cleared for use.”

Associate Press reported that police used tear gas and percussion grenades ahead of the curfew.

As the U.S. Capitol went into lockdown and congressional offices were evacuated, the National Guard was called in.

Washington D.C. Mayor Muriel Bowser nstituted a curfew from 6:00 p.m. until 6 a.m. on Thursday after the breach.

There was also reports of an armed standoff happening inside the Capitol earlier in the day.

President-elect Joe Biden spoke Wednesday afternoon saying "This is disorder. This is chaos. It borders on sedition and it must end now."

He said "I call on President Trump to go on national television now to fulfill his oath and defend the Constitution and demand an end to this siege."

"America is so much better than what we've seen today," Biden says Wednesday.

Meanwhile, President Trump delivered a pre-recorded message on Twitter saying "We had an election that was stolen from us. It was a landslide election and everyone knows it. You have to go home now. We have to have peace."

Trump went on to say his supporters were "very special." "We love you," he said.

KNX 1070 News also spoke live with Los Angeles-area Congresswoman Nanette Diaz-Barragan who was sheltering in her office in the House office building -- which is across from the Capitol but connected by tunnels. She was waiting for word on what to do next after the protesters breached the Capitol.

AP and CNN were both also reporting one person has been shot at the U.S. Capitol.

Vice President Mike Pence tweeted Wednesday afternoon saying "The violence and destruction taking place at the US Capitol Must Stop and it Must Stop Now. Anyone involved must respect Law Enforcement officers and immediately leave the building."

One reporter tweeted that he had credible evidence information of armed protesters inside the Capitol.

The violence and destruction taking place at the US Capitol Must Stop and it Must Stop Now. Anyone involved must respect Law Enforcement officers and immediately leave the building.

As pressure mounted for President Trump to condemn the violence, the president tweeted:

Please support our Capitol Police and Law Enforcement. They are truly on the side of our Country. Stay peaceful!

Speaker of the House Nancy Pelosi has asked for the National Guard to be sent into restore the peace.

AP reports that senators were being evacuated, with some House lawmakers tweeting that they're sheltering in place in their offices.

BREAKING: A source tells me The Defense Department has just denied a request by DC officials to deploy the National Guard to the US Capitol.

They’re shooting into the chamber. pic.twitter.com/l9owW7BAVt

Trump protesters just discharged a fire extinguisher outside Senate chamber. Many protesters are inside building, and most people are hiding from them pic.twitter.com/0y2sk8LHWd 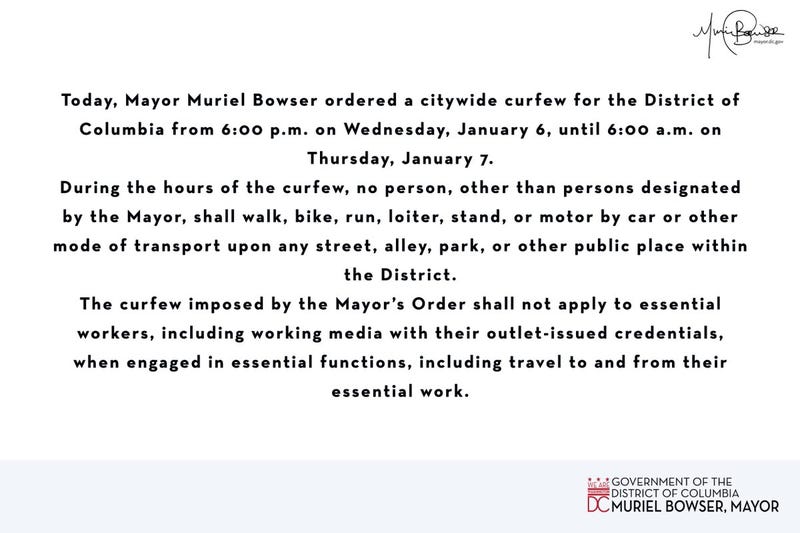 BREAKING: Trump supporters have breached the Capitol building, tearing down 4 layers of security fencing and are attempting to occupy the building — fighting federal police who are overrun

This is the craziest thing I’ve ever seen in my life. Thousands, police can’t stop them pic.twitter.com/VVdTUwV5YN

D.C. Police have told congressional staff members to evacuate the Cannon House Office Building and the building that houses the Library of Congress.

AP reports the Senate has recessed the Electoral College debate after the protestors forced the lockdown at the Capitol.

Whoa: Trump supporters going at it with the police on the steps of the Capitol as Congress counts the Electoral College ballots inside pic.twitter.com/LiQhaa5KkQ

Thousands of people have descended on the U.S. Capitol as Congress is expected to vote to affirm Joe Biden’s 2020 presidential win. Videos posted online showed protesters fighting with U.S. Capitol Police officers as police fired pepper spray to keep them back.