In one of a plethora of heated moments during Tuesday’s presidential debate, the topic turned to the rise of protests around the country.

In pointing out how some of the protests have turned violent in cities like Oakland and Baltimore, Donald Trump pressed Joe Biden on his stance on “law and order.”

“Are you in favor of law and order?” the president asked.

“Yes, I’m in favor of law and order,” Biden responded. “Law and order with justice, where people get treated fairly.”

The former Vice President took the moment to also highlight the Obama administration’s record on crime.

“The fact of the matter is violent crime went down ...15% in our administration. It’s gone up on his watch,” Biden added. 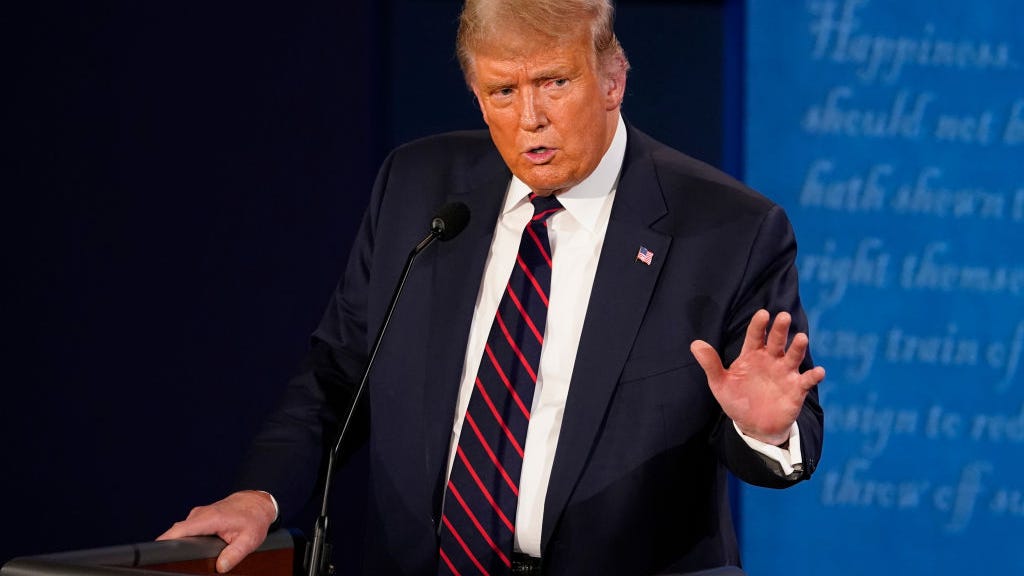 Trump defends response to COVID-19, says Biden ‘will close down the whole country’

In another moment during the debate, Trump attacked Biden by claiming he doesn’t support police officers.

“You can’t even say the word law enforcement because if you say those words, you’re going to lose all your radical left supporters,” Trump said.

Biden responded by pointing that while there is a “systemic injustice” in law enforcement, he believes most cops are not problematic.

“The vast majority of police officers are good, decent honorable men and women,” Biden said. “They risk their lives everyday to take care of us, but there are some bad apples. And when they occur, when they find them … they have to be held accountable.”