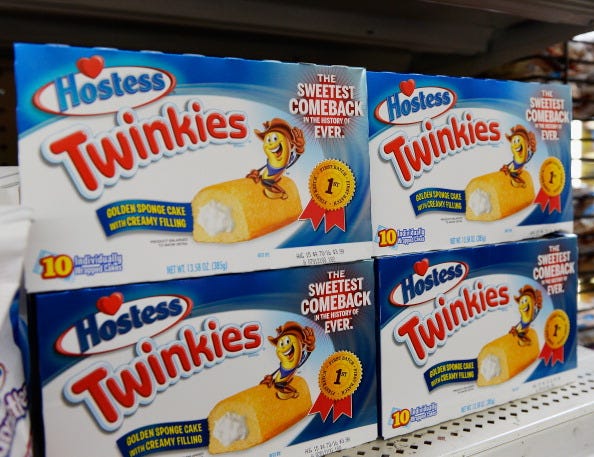 Twinkies fanatics are in for a real breakfast treat.

Twinkies-maker Hostess is teaming up with Post Consumer Brands to bring you the next breakfast of champions — the Twinkies cereal.

According to a press release from Post, the sugary cereal will replicate the iconic snack’s golden color and oblong shape.

It will appear on your grocery store shelves nationwide sometime in late December.

The Post Hostess Twinkies Cereal, as it’s being called, will be slightly higher in calories than a single Twinkie.

A one-cup serving will clock in at 180 calories as opposed to a Twinkie's 150 calories.

In this case, that’s Twinkies to kickstart your day.

Twinkies are about to become a breakfast cereal: https://t.co/4HyEraVvuq pic.twitter.com/WYq9qBaIT3

“We conducted multiple consumer tests, and the new Twinkies Cereal delivered,” he revealed.

While the cereal Twinkies won’t be filled with cream filling, Jans said the company is confident in the product's taste.

“We think fans will find that it not only tastes great with milk but also outside the bowl,” he said.

Turning the country’s most-popular snack into a breakfast cereal is a great way to celebrate Twinkies 90th birthday coming up next year.

Famous for its long-shelf-life, the Twinkie was created during the Great Depression when a manager of the Continental Baking plant in Illinois replaced out-of-season strawberries with banana cream.

When Hostess filed for bankruptcy and temporarily shuttered production in 2012, customers were left searching high and low for the cream-filled snack.