The United States is aiming to distribute coronavirus vaccines to 100 million Americans by the end of February.

Operation Warp Speed chief Moncef Slaoui made the ambitious announcement based on expected numbers of vaccines to be available from both Pfizer and Moderna, reported Business Insider.

In May, Slaoui was put in charge of the initiative to quickly develop COVID treatments and vaccines.

“We will have potentially immunized 100 million people, which is really more or less the size of the significant at-risk population: the elderly, the healthcare workers, the first-line workers, people with comorbidities," Slaoui said. 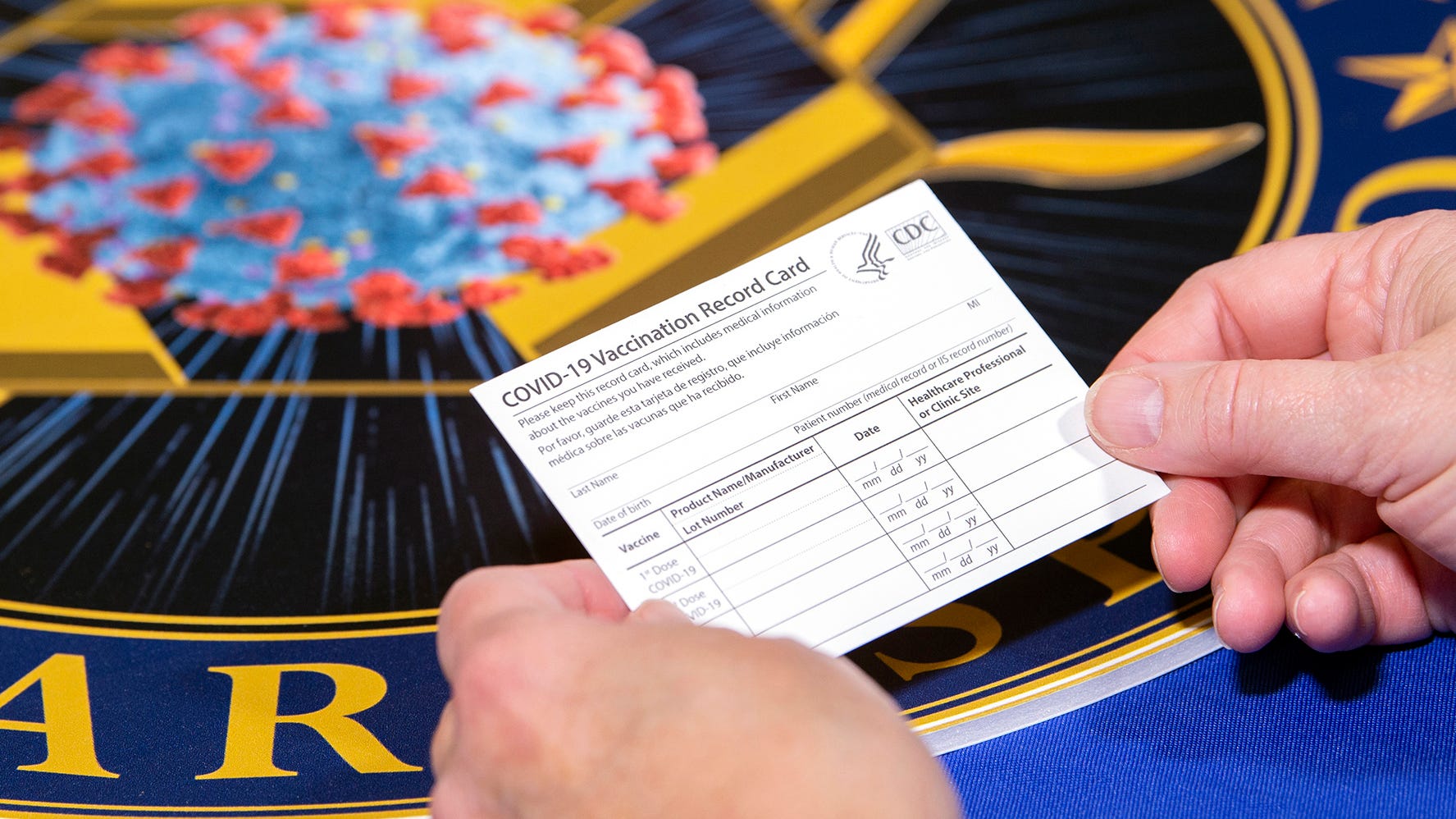 Everyone who gets a COVID vaccine will be issued a vaccination card, health officials say

The timeline is expected to see 20 million Americans vaccinated in December, followed by 30 million in January and another 50 million in February, the former pharmaceutical industry executive added.

His predictions come as neither COVID vaccine has been approved by regulators.

Moderna and Pfizer have both requested emergency use authorization from the Food and Drug Administration. The FDA is set to meet to discuss Pfizer’s request on December 10th. Moderna's vaccine is scheduled to be reviewed the following week.  According to The Hill, authorization for the vaccines could occur days after the meetings.

With healthcare workers, the elderly and those with underlying conditions first in line to receive the vaccines, the rest of the country should be able to be immunized within the next six months, the Operation Warp Speed head said.

“Hopefully, by the middle of the year, I hope most Americans will have been immunized,” Slaoui said, per the Washington Post. “If enough people are immunized, we should have this pandemic under control in the second half of 2021.”

music
Lady A get the latest invite to the Grand Ole Opry
music
RADIO.COM presents ’90s Country’ with Kelly Ford every Sunday
sports
Baseball icon Hank Aaron dead at 86
music
Is Sabrina Carpenter's new song 'Skin' a response to Olivia Rodrigo? The internet has thoughts
sports
Shaq tells Donovan Mitchell ‘You don’t have what it takes to get to that next level’
music
‘Jeopardy!’ contestant takes hilarious shot at Ken Jennings with answer during Final Jeopardy