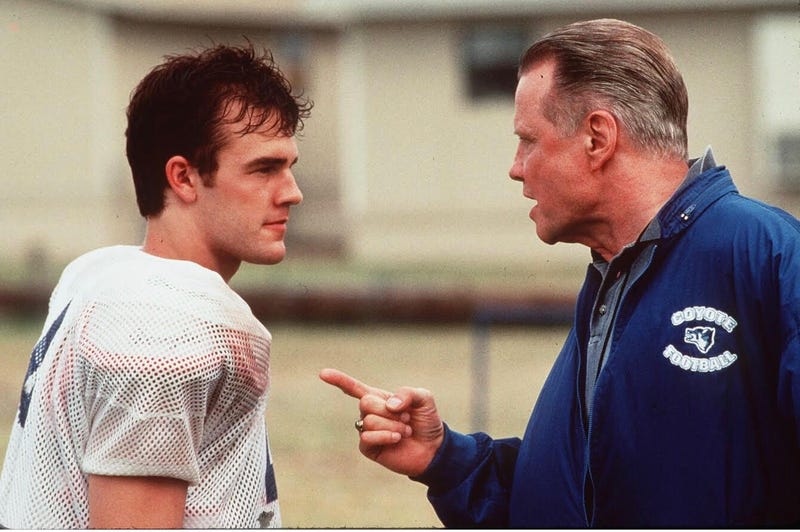 Just like American Pie, Varsity Blues came out 20 years ago.

But instead of an epic selfie reunion, the 1999 sports film is getting an update on the upcoming short-form video platform Quibi, according to The Hollywood Reporter.

The “modern take” will be executive produced by the producers of the original James Van Der Beek film, Mike Tollin and Tova Laiter.

"For all those who cheered Mox's refrain, 'I don't want your life,' as well as all those who never heard of the West Canaan Coyotes, we're thrilled to bring Varsity Blues to Quibi and into the 21st century!" Tollin said in a statement announcing the project.

If you need a refresher, the film followed the players of a Texas high school football team and their demanding coach over the course of a year.

Released on January 15, 1999, Varsity Blues spent two weeks at the top of the box office and wound up earning $54 million.

While no casting has been announced for the update, Anne Fletcher (The Proposal) is set to direct.

The service will be available for $4.99 a month with advertising or $7.99 a month without any ads and will feature phone-friendly video in ten-minute episodes.

In other words, you won’t be putting your phone down anytime soon.