We’re all hoping and praying that the coronavirus pandemic goes away quickly, but this puppy took it to the next level.

Gladwyne Animal Hospital in Pennsylvania posted an X-Ray image of a pup who swallowed rosary beads. In the scan, posted on Facebook, you can clearly see the outline of the beads in the puppy's belly. 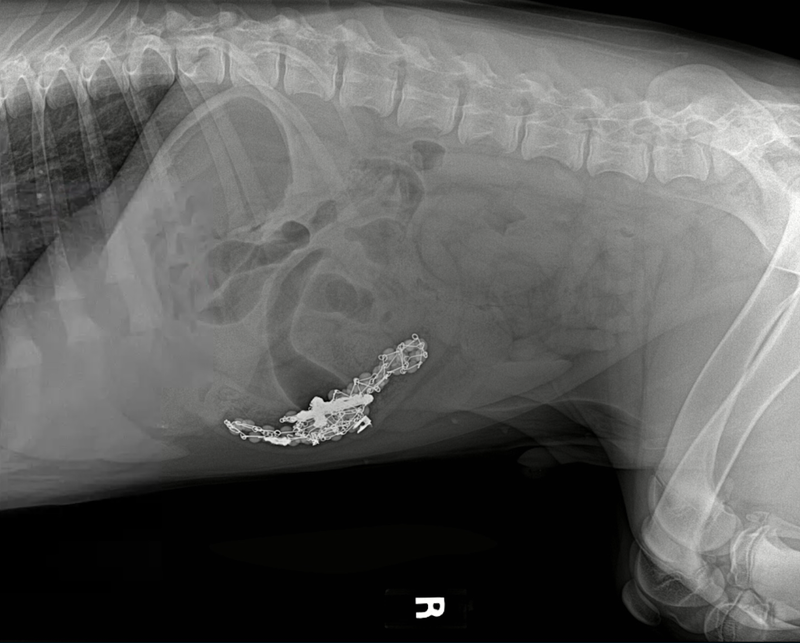 Thankfully, the post also revealed that the puppy is doing just fine now as he awaits his miracle.

As for his humans, they learned the hard (and costly) way that they have to keep an extra eye on this one at all times during self-quarantine.

Dogs are curious creatures, so rosary beads aren't the wildest thing vets have ever seen ingested.

In February, a vet in South Africa found a woman's engagement in a pup's stomach. He was able to retrieve the sparkly ring by making the doggo vomit it out.

My name is Pepper. Do I look a little nauseous? That's because the vet has just given me something to make me vomit! Not...

Over the Christmas holiday, one dog tried to get festive and swallowed 3-feet of tinsel. The poor German Shepard in England required emergency surgery to remove the holiday decor from his stomach, according to FOX.

But the worst case had to be when Duke, a young pup in the Sunshine Coast, ate cement. At the time of consumption, the cement may have been a soft, powdery substance, but that changed once water was added. As his condition worsened, the vet did an emergency operation and found gritty, hardened sand.

It goes to show you that pups have a very peculiar taste pallet.