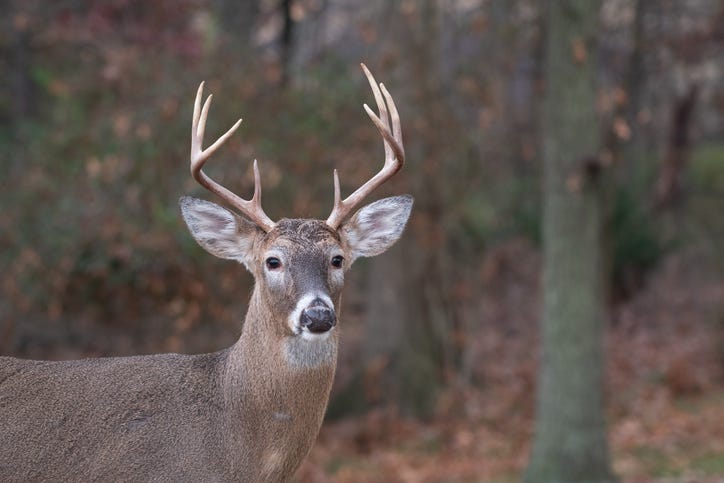 This is one video you have to see to believe.

Surveillance cameras outside of a North Carolina McDonald’s captured footage of a man’s encounter with a deer last week.

The wild video shows the man and his wife walking to his car in the parking lot when he gets run over by a deer.

“It was absolutely nuts,” Ken Worthy told WSOC-TV in Charlotte.

“We were walking out with our Cokes,” he said, explaining that the incident occurred after he grabbed a quick bite to eat with his wife at the local fast food joint.

Worthy said he looked both ways before crossing, but the deer came out of nowhere and “collided with me, I was down and then back up.”

“It was just a bit of brown, and then I saw his face, I was down on the ground -- that quick,” he said of how quickly the incident happened.

Despite not being able to brace for impact, the former detective walked away without a scratch and said he’s grateful the deer chose him rather than his wife or the kids in the parking lot.

“It could have been worse,” he noted, adding, “We’re very blessed.

Above all, he’s happy that his Diet Coke made it through unharmed.

“There’s important things in your life and Diet Coke is one of them,” he said showcasing his sense of humor.

Worthy posted the video to Facebook where it amassed more than 120,000 views as of Friday afternoon.