Footage captured by a wildlife camera caught the moment when a man saved his small dog from an alligator’s mouth.

USA Today reported that the footage belongs to a project designed to monitor local wildlife in Florida.

The video features footage of the man as he jumps into the water after the alligator dragged the puppy underwater. In an instant, the man quickly shoves his arm in the water, trying to bring the small dog out of the water. However, the alligator is still latched on.

Finally, after about 12 seconds, the man can free his pet as the dog runs away from the water. The man and his dog are fine, according to the organization that captured the video. Original footage of the incident was posted to TikTok.

According to Meredith Budd, regional policy director for the wildlife federation, the video was shot as part of a project between the Florida Wildlife Federation and the fStop Foundation, called Sharing the Landscape. Residents in the area volunteer to have cameras placed in their backyards.

Budd said, “the homeowners took their dog to the vet and the man was also checked out and all parties involved are healthy and OK.” 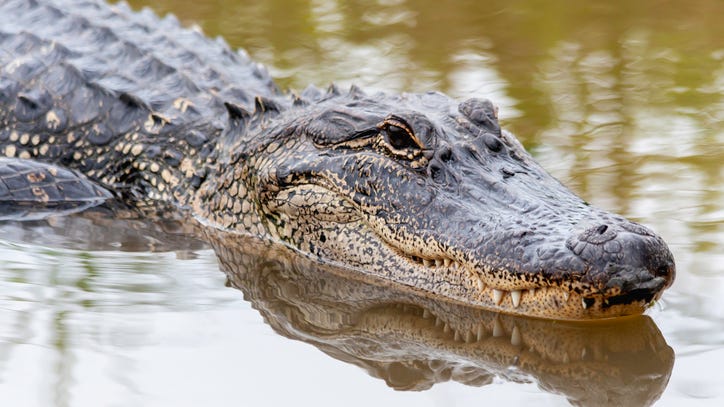