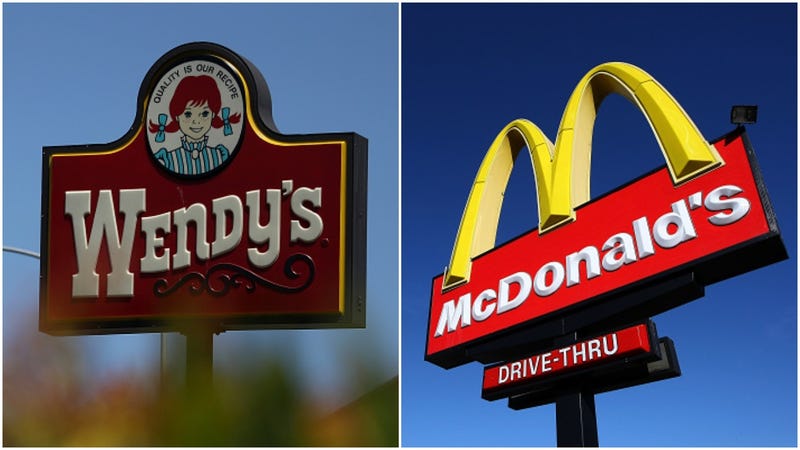 Wendy’s may look like the face of innocence with a cute, redheaded girl at the helm, but their social team certainly doesn’t have time for harmless games. The fast food burger giant took to Twitter on Thursday to unleash their inner beast on competitor McDonald’s.

It all started with a series of replies to McDonald’s and Wendy’s fans alike, setting the record straight about who will reign as the true king or queen of fast food burgers. In the first tweet, Wendy’s responds to a fan asking what they’d call a photo of a McDonald’s truck.

“Is it a garbage truck?” Wendy’s replied.

Is it a garbage truck? https://t.co/Fmpwe1nWTL

Then came a series of further roasts, where the social media manager at the corporation went for merciless jabs at Ronald McDonald himself.

“BRO I THOUGHT YOU ONLY ROASTED PEOPLE BACK IN 2017,” one user writes, nervous that Ronald McDonald’s feelings might be hurt.

“That’s a truck, not a person,” Wendy’s quips, pointing out that no actual humans were harmed in the making of these tweets.

That’s a truck, not a person

The replies kept on coming. “McDonald’s is better,” one user writes. Wendy’s quips back, “At freezing their beef, sure.”

at freezing their beef, sure

The thread continued with McDonald’s fans attempting to come to Ronald’s rescue while Wendy’s continued to make ruthless jabs at the burger giant.

This isn't the first time Wendy's has gotten themselves involved in a social media roast. Just last week, Burger King attempted to troll Wendy's by posting a photo of the Burger King himself outside of a Wendy's, holding a sign that reads, "Roses are red, Violets are blue, Patties are round."

Wendy's immediately fired back with, "Look who dropped by to see what spicy nuggets were supposed to taste like."

Looked who dropped by to see what Spicy Nuggets were supposed to taste like. https://t.co/zYpvTxNohS