As the protest rallies against police brutality continue, cities across the nation have implemented curfews.

Some peaceful protests that started due to the death of George Floyd have taken a turn with reports of vandalism, burning buildings, arrests, and looting.

According to People, Monday night was the seventh straight night of violence that occurred following Floyd's death while in police custody on May 25th.

Here is a list of various cities that have implemented curfews.

The curfew in the city of Atlanta has been extended starting tonight, June 1, 2020 at 9 P.M. and continuing through sunrise tomorrow June 2, 2020. Please stay home. pic.twitter.com/rjK8Aq6mKz

"As a result of the recent acts of violence demonstrated throughout the city, Mayor @KeishaBottoms has signed an Executive Order establishing a curfew in the entire territorial jurisdiction of the City of Atlanta. The curfew would begin at 9:00 p.m.

The curfew was extended into May 31 and then again on June 1. The city of Atlanta reported that it would continue through sunrise on June 2.

#CLEVELAND CURFEW EXTENDED.
Just received this message from the city:
The curfew for Downtown & Market District will continue to 6 AM, 6/3. From 6/3 to 6/5, Restricted Area will be open 6 AM to 8 PM, and restricted 8 PM to 6 AM.
These are photos I took of downtown yesterday. pic.twitter.com/nV0NLaKdZd

REMINDER: A curfew is in effect in the City of Chicago between the hours of 9PM and 6AM until further notice. Please stay safe. pic.twitter.com/RQDasrNCLl

CURFEW IN EFFECT: Until further notice, a curfew between the hours of 9PM and 6AM is now in effect in the City of Chicago," Mayor Lori Lightfoot tweeted. "Please stay safe." 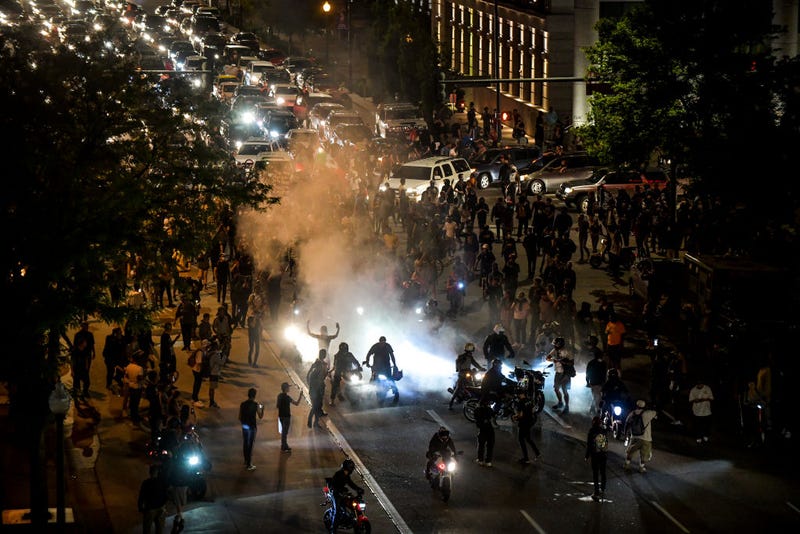 People fill the streets next to the Colorado state capitol during a protest on May 29, 2020 in Denver, Colorado. This was the second day of protests in Denver, with more demonstrations planned for the weekend. Photo credit (Photo by Michael Ciaglo/Getty Images)

The Denver Police Department announced the the city extended its 9:00 p.m. to 5:00 a.m. curfew until June 5. Police report that violators face a fine up to $999 and/or imprisonment for up to 300 days.

Enough. The looting, vandalism, and violence must stop. Dallas deserves better than this.

According to the Dallas Police Department, the city remains under curfew for several days from 7:00 p.m. to 6:00 a.m. Businesses throughout the area are encouraged to close at 5:00 p.m.

An emergency curfew is in effect again tonight and tomorrow. Stay home and stay indoors between 10 p.m. and 4 a.m. https://t.co/eBS6dwIKWR pic.twitter.com/rLBOvYIeHa

Governor Tim Walz announced on June 1 that an emergency curfew for Minneapolis and Saint Paul would happen 10:00 p.m. to 4:00 a.m. until June 3.

LA Countywide curfew is in effect today June 2 at 6PM to June 3 at 6AM. Curfew does not apply to persons voting in today’s Special Elections in @cityofcommerce & @ElRanchoSchools in Pico Rivera. Some cities may set stricter curfews. Visit https://t.co/p46PbDhrCO for more info. pic.twitter.com/9IlRV7HsNT

Los Angeles announced a curfew that was in effect from 6:00 p.m. to 5:00 a.m. June 2. On Tuesday, L.A. County said the curfew would continue making it the third consecutive night of a countywide curfew, starting at 6 p.m. Tuesday, until 6 a.m. Wednesday. However, other cities such as Beverly Hills, made their curfew from Tuesday at 1:00 p.m. until Wednesday, June 3 at 5:30 a.m.

The curfew in place from 9pm-6:30am has been extended through Monday, June 8. This is to keep peace in the city, so people can be at home and off the streets. https://t.co/yu4eBB81e4

Mayor Bill de Blasio announced on Tuesday that the city's curfew is being extended through Sunday, June 7, following two nights of looting and violent confrontations with police -- which Gov. Andrew Cuomo said de Blasio and the NYPD failed at controlling. 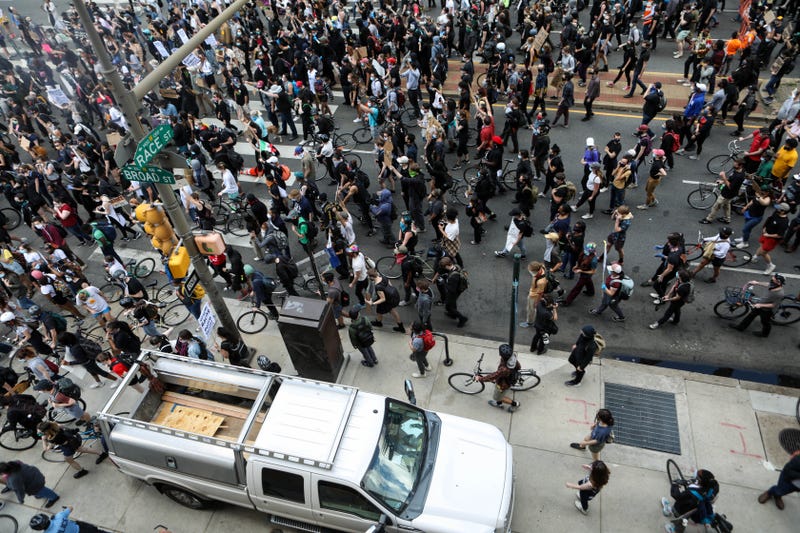 Mayor James Kenney signed an executive order stating that the curfew was necessary "protect the City and its residents from severe endangerment and harm to their health, safety and property.”

No extension has been announced.

On May 31, Governor Doug Ducey announced a curfew starting at 8:00 p.m. until 5:00 a.m. It stated that the curfew will expire on June 8 unless further extended.

A statement from City of Raleigh Mayor @maryannbaldwin regarding a citywide curfew effective Monday night (June 1) at 8 p.m.

We are implementing a curfew that will start tomorrow at 8pm.

The City and the police will support peaceful protests, as we did all day today.

We can't tolerate violence and vandalism. Now is the time to go home.

I want to acknowledge that much of the violence and destruction, both here in Seattle and across the country, has been instigated and perpetuated by white men.

The city is under curfew that begins at 7:00 p.m. until June 3. No report has been made on whether nor not that date will be extended.