Supreme Court Justice Ruth Bader Ginsburg died Friday at the age of 87, leaving a vacancy in the highest court of the United States.

Though Ginsburg reportedly told her family just days before her death that her “most fervent wish is that I will not be replaced until a new president is installed,” Donald Trump has said that he will announce his selection of possible replacements for Supreme Court Justice Ruth Bader Ginsburg by Friday or Saturday, promising to put forth a female nominee. 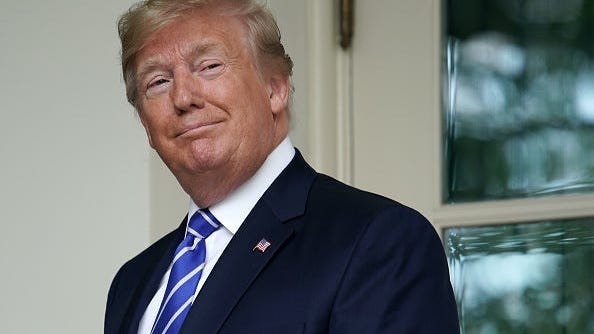 Multiple outlets report that one of the front-runners for the nomination is Barbara Lagoa, a Cuban-American federal appellate judge who grew up in Hialeah, Florida outside of Miami.

"She's excellent. She's Hispanic. She's a terrific woman from everything I know," Trump himself commented about Lagoa on Monday. "I don't know her. Florida. We love Florida."

If Lagoa, 52, is nominated by Trump and confirmed by the Senate, she will become only the second Latina in the court’s history, following Justice Sonia Sotomayor. Sotomayor, who is of Puerto Rican descent, joined the Supreme Court in 2009.

Unlike Sotomayor, the most liberal of the current Supreme Court Justices, Lagoa’s ideological views place her solidly in the conservative camp.

Lagoa was confirmed to the 11th U.S. Circuit Court of Appeals, which covers a region that includes Alabama, Florida, and Georgia, in December of 2019 in an 80-15 vote.

Though Lagoa has not served long as a federal judge, her legal impact has made national headlines in the past. NBC News reports that Lagoa provided free legal services to the family of Elián González in an international custody battle over the then five-year-old between the United States and Cuba. In 1999, González was found three miles off the coast of Florida after his mother drowned attempting to reach the United States from Cuba. Gonzalez’s relatives in Miami were unsuccessful in their attempts to keep him in the country, and the boy was returned to his father in Cuba.

Isaac Stanley-Becker and Aaron Davis from The Washington Post report that Lagoa’s record on voting rights and executive power could be “particularly contentious,” stating that she “concurred this month in a federal appeals court ruling that is expected to keep many of the 85,000 felons who have registered to vote in Florida from casting ballots. Lagoa’s role in the case has prompted backlash from Senate Democrats, who sent her a letter this summer alleging that her failure to recuse herself ‘appears to violate the Code of Conduct for United States Judges’ given her role last year in an advisory opinion handed down on the issue by the Florida Supreme Court.”

Alliance for Justice, a liberal activist group, has stated that her previous court decisions, like one that she joined that made it harder for homeowners to fight foreclosure proceedings, “raise concerns that she will side with the wealthy and powerful at the expense of everyday Americans as a federal judge.”

Conservatives vouching for Lagoa’s possible nomination say that she could help cinch Florida’s electoral votes for Trump, as nominating a conservative judge with Cuban roots could sway Latino voters, particularly Cubans, towards the incumbent. In the last few weeks, Trump has begun courting Hispanic voters in the state in earnest, and will participate in a Latinos for Trump roundtable in Miami-Dade County on Friday. 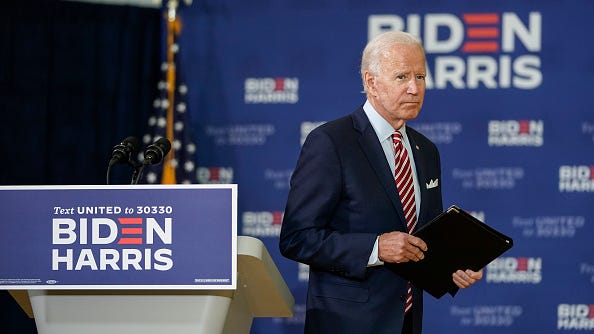 Why Is Biden Struggling To Attract Latino Voters?

"I think there’s a certain advantage to the incumbency factor with some voters, not simply Latinos" said Jaime Regalado, Professor Emeritus of Political Science at California State University, Los Angeles. "(A) monolithic Latino community doesn’t exist. There have long been Republicans and conservatives in the ranks of Latino voters (and) among many other voters, too.”