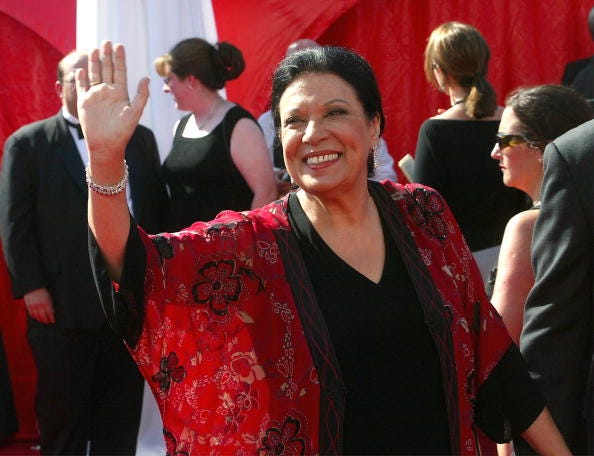 Shelley Morrison, known for her role as the maid, Rosario, on NBC’s “Will and Grace,” has passed away Sunday at the age of 83.

According to a statement from her husband, Walter Dominguez, she died of heart failure, the New York Times reports.

“Shelley’s greatest pride as an actress was in playing the indomitable Rosario in a comedy series that furthered the cause of social equity and fairness for LGBTQ people. She also took pride in portraying a strong, loving yet feisty Latina character,” Dominguez said.

He continued, “She believed that the best way to change hearts and minds was through comedy.”

According to the New York Times, Morrison was born and raised in Bronx, New York before moving to Los Angeles and pursuing a stage career at Los Angeles City College. She later moved on to film and television acting by playing Sister Sixto on “The Flying Nun" in the '60s.