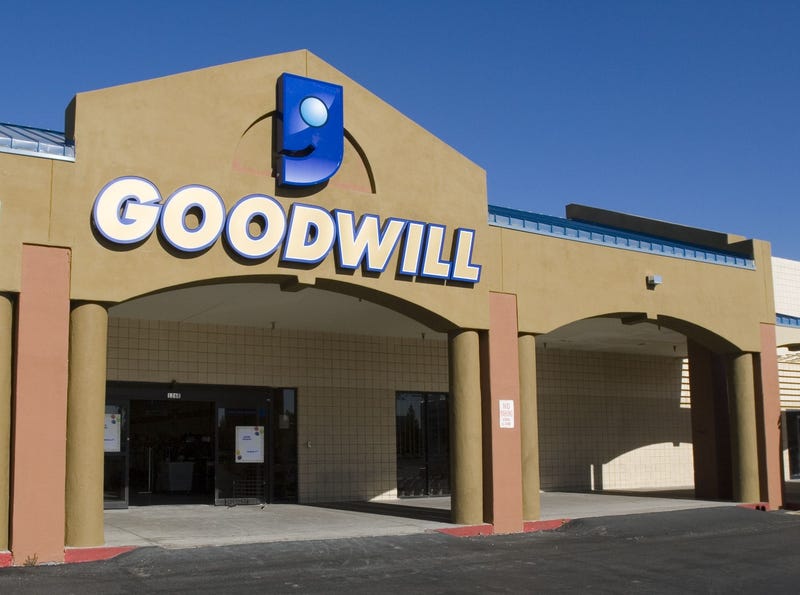 A woman in Florida got an unexpected surprised after purchasing a baby shower present: a semi-automatic rifle.

Veronica Alvarez-Rodriguez picked up the unopened item from a Goodwill store in Valparaiso, Florida on the way to a friend’s baby shower.  She didn’t realize what was inside until she gifted the item to the expectant couple, reported the Associated Press.

💰When you go to the Goodwill for a baby shower gift thinking you got a good deal on a bouncer ($10) not even opened and...

Needless to say everyone at the shower was equally shocked as the father-to-be exclaimed, ‘’You guys got me a gun?!”

She shared the disturbing images of the Baby Einstein box next to the assault-rifle and ammunition, along with a video detailing how the weapon fit perfectly inside the gift. The actual Baby Einstein item was not inside the box at all.

"When you go to the Goodwill for a baby shower gift thinking you got a good deal on a bouncer ($10) not even opened and you end up opening a MOSSBERG 715T Semi-Auto Rifle," she captioned the Facebook post.

While some have reported the weapon was loaded inside the box, Alvarez-Rodriguez made it clear that “NO the rifle was not fully loaded.”

Once the shock of the unexpected shower gift subsided, Alvarez-Rodriguez and her husband called the local police department.

Officers on the scene ran the rifle through a national database and discovered it was not stolen, nor was it involved with any criminal activity. They initially allowed the expectant father to keep the semi-automatic weapon, but the following day officers backtracked and asked him to return the rifle. It will now stay with the Crestview Police Department for the next 90 days.

The police are awaiting results from the Federal Bureau of Alcohol, Tobacco, Firearms and Explosives to determine where the rifle was originally purchased and hopefully track down the owner to decipher how it wound up donated to Goodwill. Oopsies!

Goodwill has yet to release a statement in regards to the incident.