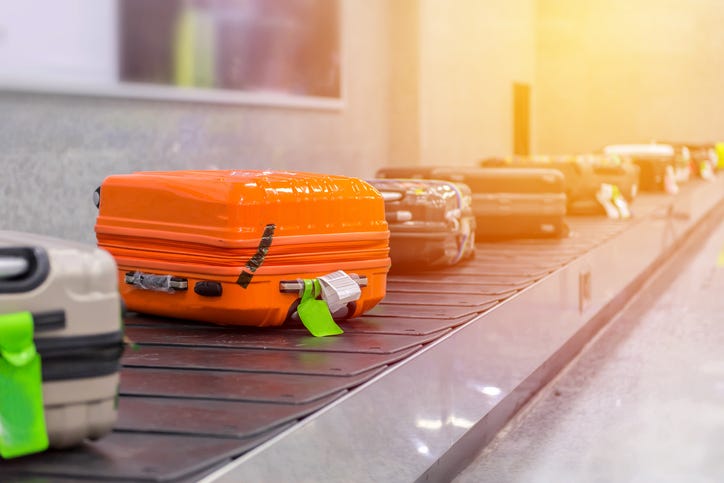 Plenty of first-time fliers make silly mistakes when navigating the maze that is an airport. There are so many hoops to jump through before actually boarding the plane, it’s a miracle anyone makes it to their destination without hitting any snags at all.

But one woman has gone viral for trying to board her plane via the luggage conveyor belt.

Airport security cameras caught the moment when a woman stepped onto a luggage check conveyor belt thinking it would deliver her to the doors of her aircraft to Turkey, The Sun reports.

The woman made her way to the belt safely, but had a misstep when it came time to mount the moving belt. She slipped and fell on her back, which is when airport staff stopped the belt, and removed the woman.

Luckily, the woman never made it to the end of the belt, which would have undoubtedly dropped her onto a pile of air-ready luggage.

Reports by The Sun claim that the woman had never flown before, and mistakenly thought that the conveyor belt meant solely for luggage would conveniently carry her to the doors of her plane to Turkey.

After the video went viral, Twitter trolls chimed in with comments like, “Is this a shortcut to the plane?,” as well as, “I think travelling with the cargo is cheaper.”