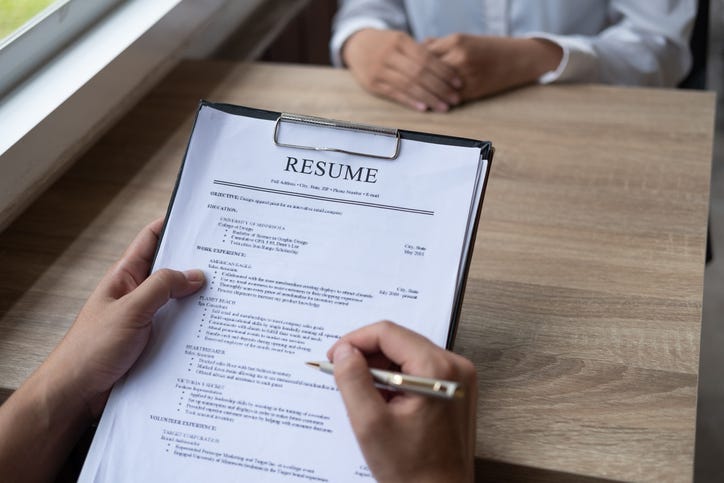 An Australian woman was slapped with a 25-month prison sentence for lying on her resume and giving fake references.

Veronica Hilda Theriault was convicted on charges of deception, dishonesty, and abuse of public office after making the false claims to secure a position with the Australian Department of Premier and Cabinet that paid $185,000 a year, according to CNN.

She lied on her resume, then posed as a previous employer to give "glowing feedback" about her own performance. She got the job -- but now she's going to jail. https://t.co/PZqfS0cUcl

If all that sounds pretty harsh, it should be noted that Theriault didn’t just exaggerate about her proficiency in Microsoft Office.

On top of giving false information about her work experience and education, she lied about her references and went so far as to actually impersonate a woman named “Mrs. Best” in order to give herself a glowing review. Theriault also involved her brother by having him pose as another former employer, for a company that neither ever worked for.

In addition, the 46-year-old actually tried to pass herself off as Kate Upton by using a photo of the supermodel for her LinkedIn profile and later used her position to help her brother obtain a $21,000 government contract.

While only employed with Australian government for about a month, she earned $33,000 during that time frame.

Throughout the trial, it was also discovered that Theriault had created a fake pay stub in order to negotiate a better salary and also produced a phony doctor’s note which allegedly said she was physically fit to work.

Her defense lawyer argued that part of her criminal behavior could be attributed to the fact that Theriault had stopped taking her medication for bipolar disorder.

While the judge said he took her mental health issues into consideration, he also stressed the severity of the charges, reported the Washington Post.

“This is serious offending — you fraudulently obtained employment for which you were paid a large salary and in the course of which you may have had access to sensitive material,” he said.

Theriault is not eligible for parole for at least 12 months.