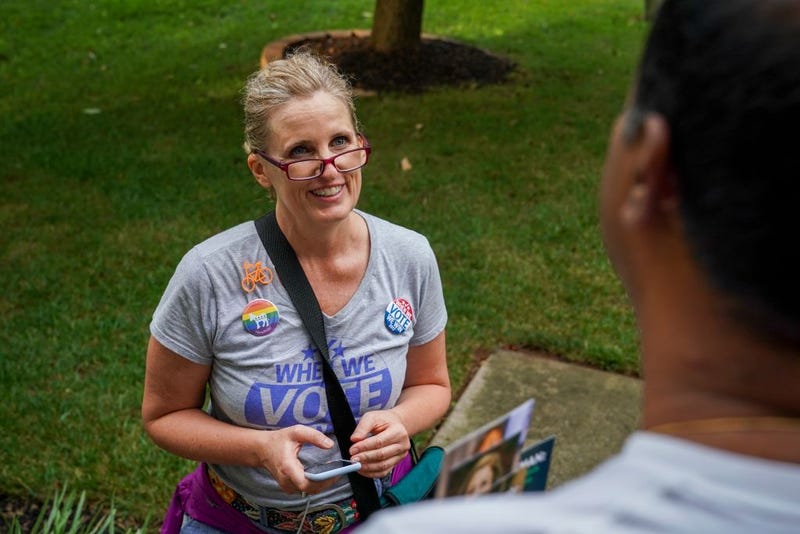 Briskman lost her job after she flipped off Trump’s motorcade back in 2017. Two years later, she was just elected Tuesday to a Virginia county’s board of supervisors.

The cyclist who flipped off President Trump's motorcade in 2017, and lost her job because of it, has won her bid for local office in Virginia https://t.co/i0QxFhNUIO

She made headlines in 2017 when a White House photographer captured her raising her middle finger while riding her bike. This happened in Sterling, Virginia where the president was driving after leaving a golf course.

After Briskman did this, it cost her her job at government contractor Akima LLC.

Briskman's win was a ripple in a wave of victory for Democrats in Virginia, who flipped both houses in the state's legislature.

"Looking forward to representing my friends & neighbors in #Algonkian District who backed me up today!" Briskman tweeted.

Briskman told the Washington Post that when she announced her candidacy, “she hadn’t considered public office until she lost her job.”

When reporters asked if she’d flip off the president again, she told the newspaper, “Probably.”