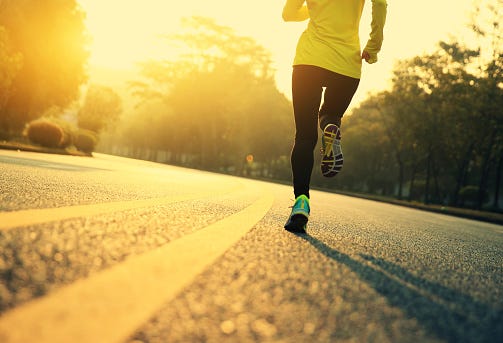 A new study has found that women who exercise vigorously appear to live longer, reported “Today.”

More specifically, physically active women had less of a chance of dying from heart disease, cancer or other causes than those who were more sedentary.

Spanish researchers looked at over 4700 women with known signs of coronary artery disease between the ages of 50 and 75, with the median age being 64.  They were asked to perform heart stress tests by exercising on a treadmill.

The women either walked or ran on a treadmill, gradually increasing the intensity, and continuing until exhaustion. Throughout the workout, images of their hearts were also generated.

Participants were declared “fit” if they could work up to 10 metabolic equivalents (METs), which is similar to walking fast up four flights of stairs or very fast up three flights without stopping to catch your breath. Not an easy feat!

A follow-up visit occurred four and a half years later and found that 345 women had died from heart disease, 164 from cancer and 203 from other causes.

Turns out the rate of death from heart disease was nearly four times higher among women who didn't exercise compared to those who were fit, 2.2% versus 0.6%.  While cancer deaths among women with poor exercise capacity was double that of the fit (10 METs) women, 0.9% versus 0.4%. The death rate from other causes was also four times higher in women who had poor exercise capacity versus those in the fit group.

The study helped quantify what many of us already suspected; exercise keeps you healthy!

But if joining that gym - or getting a Peloton bike -  isn’t something you see in your future, the study’s lead researcher, Dr. Jesus Peteiro, offered up some steps women can start to make in their everyday lives.

“We think that it is more important to change the lifestyle than to merely join a fitness club for a time,” Peteiro said.

“For instance, commuting to work by walking, cycling or public transport always leads to more exercise than taking your car."