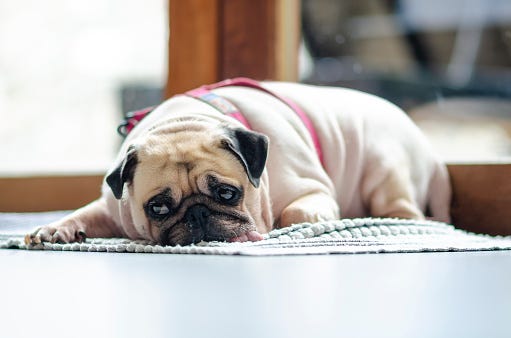 Losing your cool when training your pup is not only mean, but it can also affect your pet.

A distressing new study asserts that screaming at your dog and other types of negative reinforcement can leave lasting adverse effects on their mental health, reported People.

Each canine was recorded during three training sessions and had saliva samples taken to assess stress levels before and after undergoing their instruction.

The dogs' behavior during each session was also analyzed to see if they exhibited any common stress markers such as yawning, lip-licking, paw-raising and yelping.

Not surprising, the canines that were taught by yelling, using shock collars or leash pulling recorded higher levels of cortisol, the body’s main stress hormone, and had higher instances of stress-related behaviors than those trained using reward-based training.

The four-legged friends were again tested a month later and similar results were obtained insinuating the lasting negative effects of the harsher teaching methods.

To break it down in simpler terms, training with patience and kindness proved to be healthier for the animals than being stern.

Without mincing words, the researchers added:  "Critically, our study points to the fact that the welfare of companion dogs trained with aversive-based methods appears to be at risk."