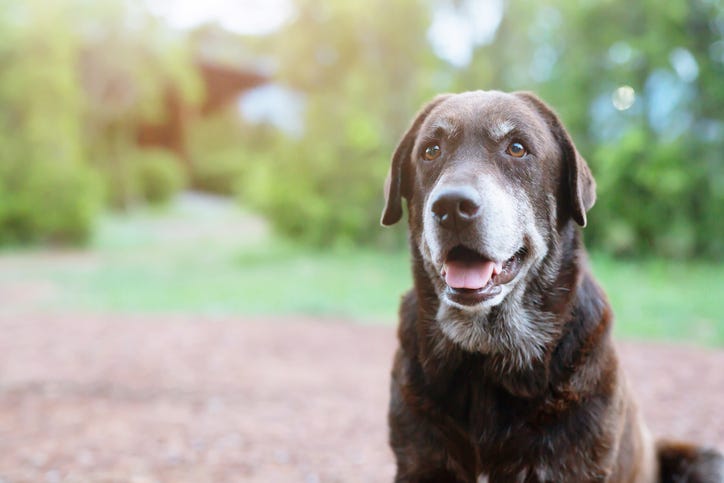 Apparently, one human year does not equal seven in dog years.

While the common formula to convert your four-legged friend’s age into the canine equivalent has been to simply multiply it by seven, it has no scientific backing.

A new study has attempted to get a more accurate reading by looking at the evolutionary changes that occur between dogs and humans through the bodily process called methylation, reported People.

As both humans and canines get older, methyl groups attach to their DNA and make it possible to track biological development and growth.

Through methylation, scientists can determine a mammal’s “epigenetic clock” and calculate the speed at which they are aging.

Researchers at the University of San Diego studied 104 Labrador retrievers between four weeks and 16 years old, and tried to match their methylation profiles to that of 320 humans between ages 1 to 103. They also compared the humans and dogs’ methylation rates to those of 133 mice.

From the data, they were able to come up with a formula that is a little more convoluted than just multiplying by seven.

First, you need to find the natural logarithm of your dog’s age in human years, which you can do by inputting their age into the calculator here. Then take that number and multiply it by 16, then add 31. Your result is your dog’s actual age equivalent. [Human age = 16ln(dog age) + 31]

The old formula of multiplying by seven would have you believing your four-year-old pup was similar to a 28-year-old human. Mind blown!

Researchers acknowledged that since dog breeds age at different rates, the formula may not completely match up for all pups since they only studied Labrador retrievers.

That being said, they still believe it’s a more accurate reading than multiplying by seven.

In conclusion, your furry friend is a lot older than you previously realized.

music
Bad Bunny canceled his AMA performance after testing positive for COVID-19
music
Cole Swindell is 'making it work' while under quarantine, in the studio and on the golf course
music
Neon Trees frontman Tyler Glenn recovering after suffering a stroke
music
Say Anything's Max Bemis on new comics, and leaving pain behind for his 'solo' career
sports
Patrick Mahomes on where he'll be at Tom Brady's age: 'Plan is to still be playing football'
music
Bad Bunny da positivo para el coronavirus