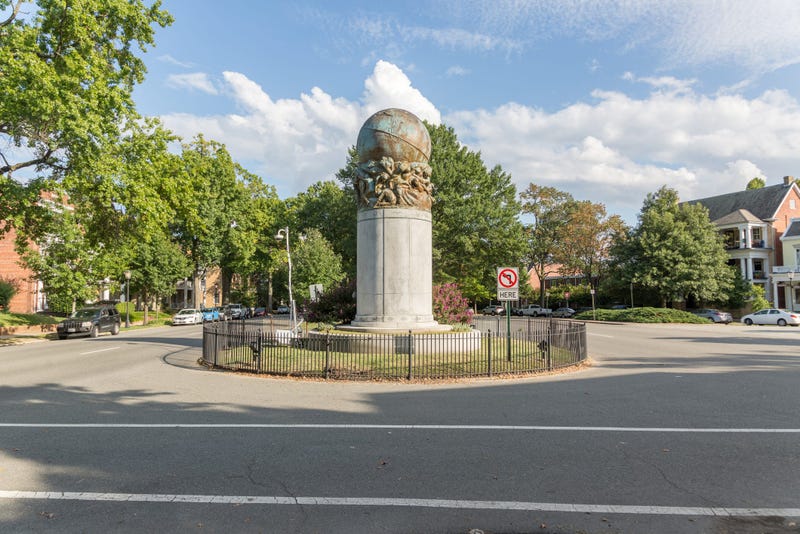 Richmond, VA _  The City of Richmond Thursday removed the Maury Statue on Monument Avenue at Belmont, along with two cannons on Monument avenue, one just west of the Arthur Ashe Monument, and the other east of the Jefferson Davis statue.

Richmond Mayor Levar Stoney said the statue and cannons were among eleven the city would be removing in the coming days, following Wednesday's removal of the Stonewall Jackson statue, but it would wait until after the July 4th holiday.

Maury was a confederate navy officer during the Civil War and known as the "Pathfinder of the Seas", which is the name of the monument, the pedestal of which also contains a globe with various figures around it, which will require heavier equipment to remove.

Stoney says the statues will be placed in temporary storage while the city solicits public input on what should be done with them.