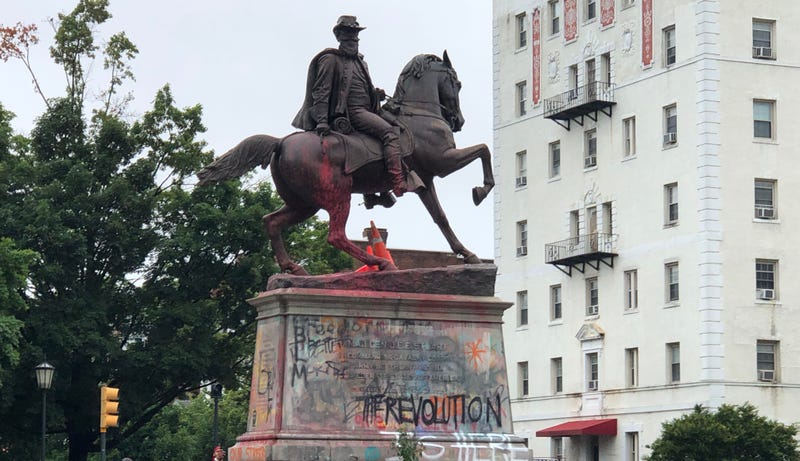 Richmond, VA _   Richmond Circuit Court Judge Bradley Cavedo late Thursday afternoon issued  a 60-day injunction halting further removal of Confederate monuments in Richmond.  The injunction was issued at the request of an anoymous plaintiff who filed the request Tuesday, arguing that the emergency order Richmond Mayor Levar Stoney issued to have the monuments removed was unlawful and in violation of public notice requirements.

Lawyers for Stoney point out that all of the confederate statues and memorials on city-owned property have already been removed, with the exception of the A.P. Hill statue, and that there are no current plans to remove that memorial because Hill is buried beneath it..

The lawyers do say that the Arthur Ashe statue will also be temporarily removed from Monument Avenue at the Ashe family's request due to concerns about possible retribution.

Cavedo is the same judge who issued an injunction preventing Govenor Ralph Northam from removing the Robert E. Lee statue from Monument Avenue, the only state-owned Confederate statue that remains standing on Monument.  Cavedo, however, lives in the Monument Avenue Historic District, and has recused himself from a second lawsuit challenging the Lee statue's removal.

Stoney, ignoring advice from the interim City Attorney, ordered all 11 of  the statues on city owned property removed last week.  Richmond Commonwealth's Attorney Colette McEachin, meanwhile, asked the Attorney General for an Opinion on whether Stoney had the authority to immediately remove war memorials as permitted by a law that took effect July 1, without following the process outlined in that statute.  Under that law, there must be a 60-day administrative process to allow for public input to determine the fate of  the statues.  A spokesman for AG Mark Herring has said the office doesn't issue opinions in cases in which litigation is pending.