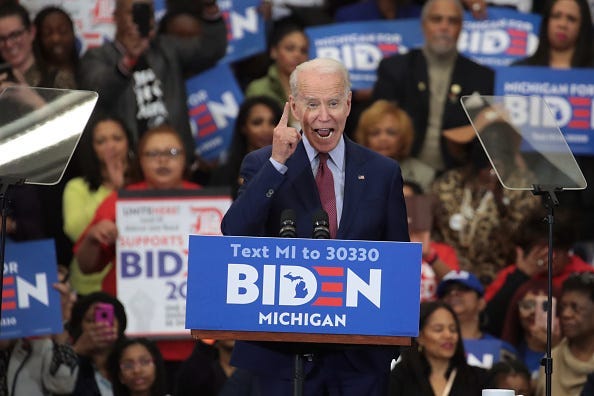 Democrat presidential hopeful Joe Biden got into a heated exchange with a voter in Detroit on Tuesday, telling him he was "full of s**t" and at one point asking him if he wanted "to go outside" and calling him a "horse's a**."

The former vice president was walking through a crowd during a tour of an under-construction automotive plant when he was stopped by a construction worker who asked him to explain why he was "actively trying to end our Second Amendment right and take away our guns."

Biden quickly shot back, "You're full of s**t."

He added that he supports the Second Amendment, which the man responded to with claims of a video showing Biden saying he would take guns away.

And when the worker said "this is not ok," Biden challenged him, "Don’t try me, pal. Do you want to go outside?"

The man clapped back, "You’re working for me, man."

Biden ends the disgusting display by threatening to take the man "outside" to fight him.

Look at the distain and hate on Biden's face: pic.twitter.com/ubTt5gbon9