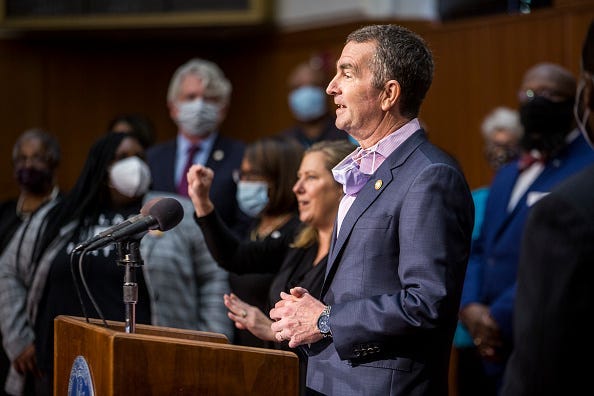 Virginia Republicans on Wednesday called for students to return to school five days a week in the fall, pointing to new guidelines from the American Academy of Pediatrics.

During a virtual news conference, Republican state lawmakers urged Gov. Ralph Northam (D) to make it a point to have students return for full, in-person school in Virginia. The discussion then moved into a debate over how to get students back into school in the safest manner possible.

Northam, however, accused the Republicans of "playing politics."

"This is about public health. While Governor Northam wants nothing more than to have children back in school this fall, recent surges in other states make it clear we need to proceed cautiously," Northam spokeswoman Alena Yarmosky told the Richmond Times-Dispatch in a statement. "We must continue to prioritize safety - not just for students and their families, but for teachers, staff, and communities across the commonwealth."

"No one - not state legislators, and not the president of the United States - should be playing politics," she added, throwing in a shot at President Donald Trump.