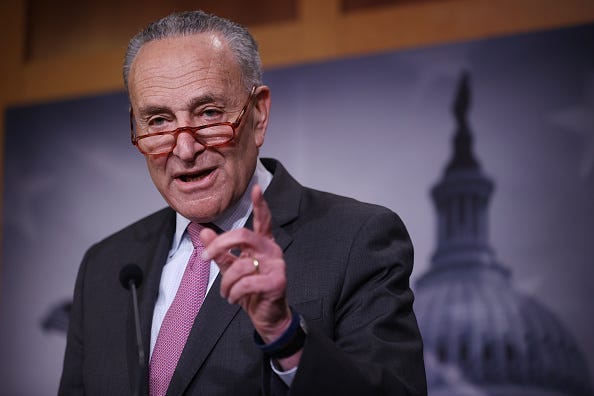 Sen. Chuck Schumer (D-NY) has been one of the ringleaders of the impeachment circus, decrying Republican arguments that have called the process unfair and nothing more than a political stunt.

However, in 1999, a young senator wrote an impassioned letter on the impeachment of then-President Bill Clinton, claiming the process had taken an unnecessary toll on the country and criticizing the use of impeachment for political gain. That senator was Chuck Schumer.

In this letter, Schumer lamented the United States standing "on the brink" of impeaching a president, saying he was "shaken" by it. He also expressed frustration over the impeachment taking place simply because "a small group of people who hate Bill Clinton and hate his policies to very cleverly and very doggedly exploit the institutions of freedom that we hold dear and almost succeed in undoing him."

He concluded his letter by appealing to his colleagues for bipartisanship, saying, "Let us shake hands and say we are now going to forego bringing down people for political gain. Let us understand that our leaders have foibles, and though we must be held to a higher standard, let us not make it a sport to expose those weaknesses."

Oh how times have changed.