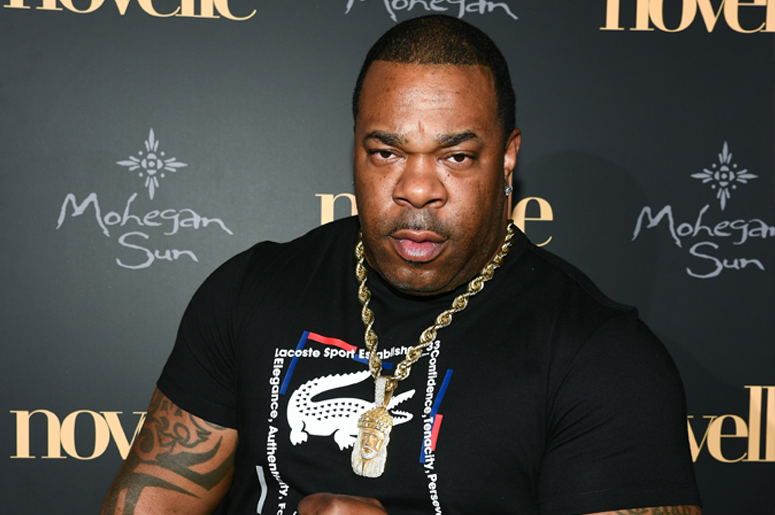 In a recent interview with Van Jones for his YouTube show The Messy Truth, Busta Rhymes revealed he almost died due to unhealthy habits, explaining how and why things got so bad and what pulled him out of his health slump, inspiring him to turn things around and get fit.

After his father’s passing, Busta admitted that he “kinda stopped giving a f*** about a few things.” And even though his parent hadn’t been together for over thirty years, having to watch his mom deal with the loss as well was beyond difficult. “My moms and him didn’t actually get to reconcile before he past, and she took that hard.”

Dealing with watching him leave and deal with watching her go through that pain” all posed to be too much and ultimately what led to lack of concern for his health. “I just started drinking and smoking crazy, eating crazy, and I got out of shape really bad.” The rapper went from about 267 pounds to 340 pounds, and it felt like 340 pounds. Busta admitted it got to a point where he started to hear it, revealing “I had breathing issues, I ended up on two blood pressure medicines, I wasn’t really driven to do anything outside of what I had to do to take care of my family.”

And no matter what he was hearing from outside parties, Busta remained unconcerned. Having said that, Busta recalled two instances that ultimately let him to want to get his health back on track. The first being an occurrence, Busta was with his son. After a long night of partying after a successful video shoot for his song “Czar,” during their ride home Busta’s son witnessed his father experience sleep apnea. “I’m in the car and I go to sleep, and I’m snoring crazy,” he recounts. “And it gets to this point where I’m trying to inhale, and not I’m able to inhale… My son got so scared that he talked to the security about this fear that he had.”

The next day, after his security pulled him aside to express his sons concerns, it became a turning point for Busta, knowing that he has to do something. Admitting, “my son was so scared of how he was gonna hurt my feelings by having this conversation with me directly that he had to tell someone else to tell me. That s*** f***** me up, I just felt like I was letting my son down, I felt like I was letting a lot of people down.”

However, Busta didn’t immediately start training after that. It wasn’t until Busta paid a visit to the doctor with concerns of voice loss, which led him to find out he he’d developed polyps (abnormal tissue growths) in his throat. Rhymes divulged that his doctor told him, “your polyps grew so big that it blocked 90 percent of your breathing passage and if I send you home tonight and you sleep under the AC and catch a cold and that last 10 percent of breathing of your breathing passage gets blocked up… you are going to die tonight.” In that moment Busta knew it was time to change his way, and make his health his priority.

Check out the rapper's incredible transformation below.