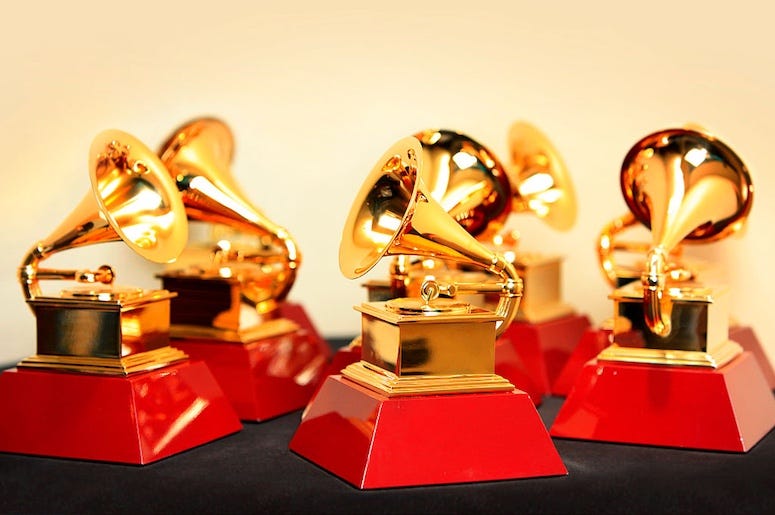 The 2021 GRAMMY Awards have been postponed over COVID-19 concerns and will no longer take place on its originally scheduled January 31 date.

"After thoughtful conversations with health experts, our host and artists scheduled to appear, we are rescheduling the 63rd Annual GRAMMY Awards to be broadcast Sunday, March 14, 2021," the Recording Academy shared in a statement. "The deteriorating COVID situation in Los Angeles, with hospital services being overwhelmed, ICUs having reached capacity, and new guidance from state and local governments have all led us to conclude that postponing our show was the right thing to do. Nothing is more important than the health and safety of those in our music community and the hundreds of people who work tirelessly on producing the show."

Aside from the list of nominees, honorees, and the host, details about the actual show were scant. Organizers had already been planning for a scaled down version of the show, but now, the ongoing COVID-19 pandemic has them opting to push the show back.

According to Rolling Stone, the 2021 GRAMMY Awards were already set to take place without an audience allowing only presenters and performers to be on-site during the show. Nominated artists would not be allowed on-site either.

The situation would be similar to the 2020 Emmy Awards where winners would accept their awards virtually. No word yet on whether the GRAMMYs will take inspiration from the Emmys and have presenters in hazmat suits handing out awards.

Beyoncé led the pack this year with nine total nominations while Dua Lipa, Taylor Swift, and Roddy Ricch each followed with six nominations. A total of 84 categories compose the 2021 GRAMMY Awards.

You can find the full list of nominees for the 2021 edition of the awards here, now happening on March 14.

music
Comic-Con to remain virtual for summer 2021, plans November in-person convention
news
McDonald’s employee who is turning 100 has no plans of retiring: ‘I like working’
music
Meghan Markle flaunts $4,700 Armani dress for Oprah interview
news
Woman wins $300k jackpot while waiting for flight at the airport
news
Why are there varying reports of how well vaccines work?
music
RADIO.COM's Back To Back: Brooke Eden, Maren Morris, and Tiera