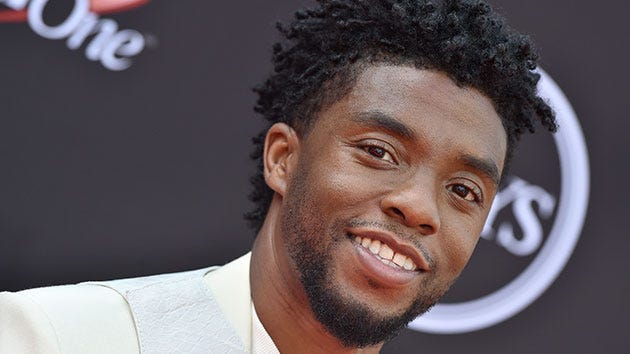 The late actor Chadwick Boseman and LeBron James had two of the most-liked Instagram posts of 2020, according to Billboard.

In late August, fans woke up to a devastating post on Boseman's Instagram account, sharing the news of the Black Panther star's untimely death at age 43 after a four-year battle with colon cancer. The post received over 19.1 million likes and landed in the number two spot on the list. Boseman also appeared in the 2020 films, Da Five Bloods, by Spike Lee, and his last film before his death, Ma Rainey's Black Bottom.

Taking the number five spot was LeBron James' heartbreaking tribute post mourning the loss of his basketball "brother," NBA legend Kobe Bryant. Bryant and his 13-year-old daughter, Gigi, along with seven others were killed in a helicopter crash in January. Over 15.5 million users tapped the "heart" button on a photo of James embracing Bryant with a handshake at a Lakers Game.

"I promise you'll continue your legacy man! You mean so much to us all here, especially #LakerNation," wrote James, in part, with a purple and yellow heart emoji.

The majority of the top 10 most-liked posts included four posts from Kylie Jenner, which featured rapper Travis Scott and their two-year-old daughter, Stormi. The most-liked post of the year comes from Cristiano Ronaldo with 19.7 million likes.