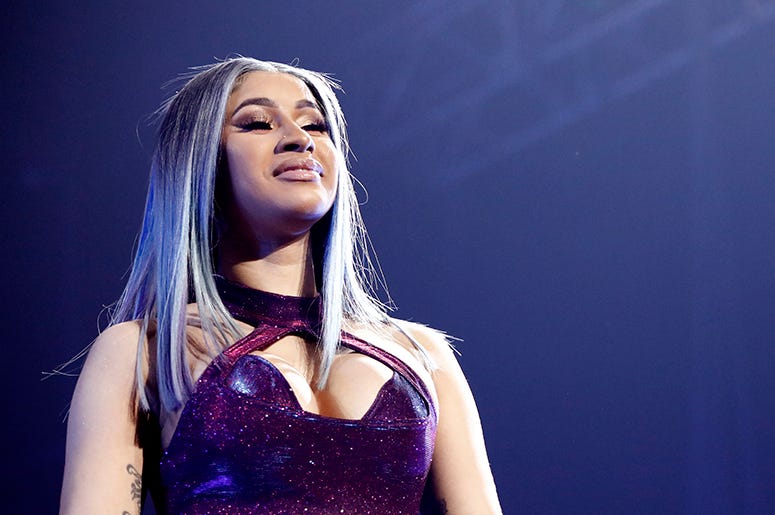 The 15th Annual Billboard Women In Music Awards aired Thursday and it was nothing short of an empowering moment for, well, women.

The Teyana Taylor-hosted virtual event was star-studded, beginning with an opening performance from Dua Lipa, who sang her song "Boys Will Be Boys," a record that details the growing pains of being a girl.

Following her inspiring performance, the English singer-songwriter was presented with the Powerhouse Award from Senator Bernie Sanders. During her acceptance speech, she stressed the importance of gender equality, noting "how far we still have to go" given that only 2.6 percent of producers of Billboard Hot 100 songs are women, with less than 1 percent being women of color.

Jennifer Lopez showed nothing but gratitude after her Marry Me co-star Maluma presented her with the Icon Award. The same was true for Chloe X Halle, who were honored with the Rising Star Award after Beyoncé praised the sisters. Following a gracious speech, where the duo promised to continue to "blaze a trail" for women and "help pull up our sisters," they performed their song "Baby Girl."

Miley Cyrus also popped in for an appearance to introduce her godmother and country legend Dolly Parton with the Hitmaker Award.

Lastly, it was time to honor Cardi B.

After a raving intro by Taylor and a montage showcasing the rapper's accolades, Breonna Taylor's mother, Tamika Palmer, presented the "WAP" rapper with Billboard's Woman of The Year.

Cardi began her speech by expressing her surprise that "WAP" -- her collaboration with Megan Thee Stallion -- ticked off "a bunch of Republicans for no reason."

"It was just weird," she added before delivering an encouraging message that girls can make their dreams come true with ambition and hard work.

"There's hope for your dreams," she declared.