Lola Consuelos is not a fan of her mother doing TikTok videos.

As part of the show’s salute to high school students who missed out on their prom due to the pandemic, Ripa was joined by TikTok star Addison Rae to perform a dance alongside a group of teenagers, reported E!.

But just before showing off her moves, the mother of three revealed how her 18-year-old daughter Lola gave her flack while filming a video on the social media platform.

Kelly Ripa's Daughter "Heckled" Her While Trying to Film a TikTok Dance https://t.co/JrvPCwYnSs

"You don't even understand—I had to do that with Lola there," Ripa said, adding that her daughter filmed her dancing while holding up her phone so Ripa could follow along with a video of the routine.

"She doesn't want me to have TikTok," the 49-year-old said. "And she's heckling me the whole time!"

"I'm not surprised," co-host Ryan Seacrest responded. "I think the nation's gonna heckle us in just a little bit when we see that."

"I'll tolerate it from the nation," Ripa continued, "but not from my offspring." 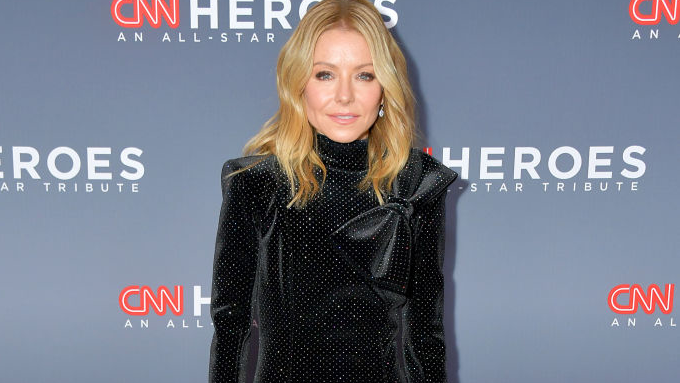 It was just last week that Ripa confessed she’s been filming the daytime talk show remotely from the Caribbean.

She, husband Mark Consuelos and their three children were on a tropical getaway when the coronavirus outbreak caused shutdowns all over the globe.

Executives at ABC advised her and her family to stay put and they eventually began filming the show from the undisclosed island.

Up until then, fans were under the impression Ripa was filming from her home in NYC.