Kelly Ripa is not interested in listening to negative comments.

The “Live With Kelly and Ryan” host has been filming the show virtually from home since the coronavirus pandemic began in March.

Ripa recently clapped back at an online critic who shamed her on-air appearance.

It all started after the star shared a video on Instagram teasing the show’s upcoming season. The clip featured the mother of three waking up, getting dressed, and brushing their teeth in the clip.

One viewer wasn’t a big fan of the casual video.

“The only issue I have with this show (and I watch daily since I am at home nowadays) is the lack of personal grooming,” he commented. “I mean it’s a nationally televised show. And I have to get dressed for every Zoom work call so why can’t you guys.”

Ripa wasn't having any of it.

“I’ll bring it up at the next meeting,” the 49-year-old said in response to the critic.

This isn’t the first time the former soap star has stood up to online critics who have slammed her looks. 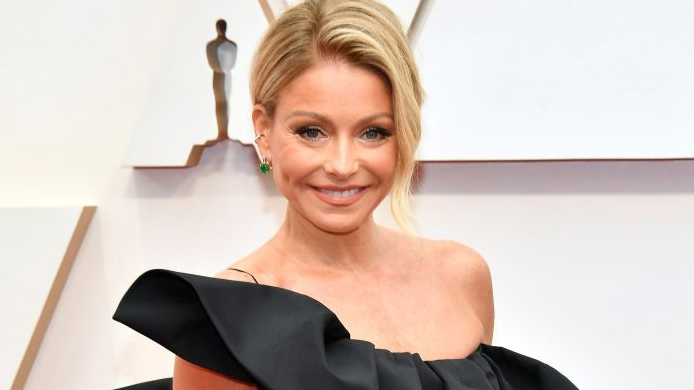 Kelly Ripa Stands Up to Critics of Her On-Air Appearance: 'How Dare You'

Back in May, she clapped back at some outspoken viewers who critiqued her and Ryan for their on-air appearance during the coronavirus quarantine.

During an episode, Ripa ripped on the haters stating, “First of all, let me just say, to people commenting on our appearance: How dare you and you’re lucky that we actually put clothes on,” she said. “It’s harder than you think to roll out of bed and come to a TV show.”

She went on to say that she won’t let the negativity bring her down, adding, “I don’t care. I have a new outlook on life.”

“Certain things don’t matter anymore and my appearance is one of those things that just don’t matter,” she continued, emphasizing that the pandemic has made us more aware of what is and isn’t important.

Ripa hasn’t shied away from the realities of being in quarantine and working from home, which many of us can definitely relate to.

She previously showed off her gray hair on several occasions after not being able to get to a hair salon during the pandemic.

Nothing, not even a pandemic, is going to stop Ripa from keeping it real.