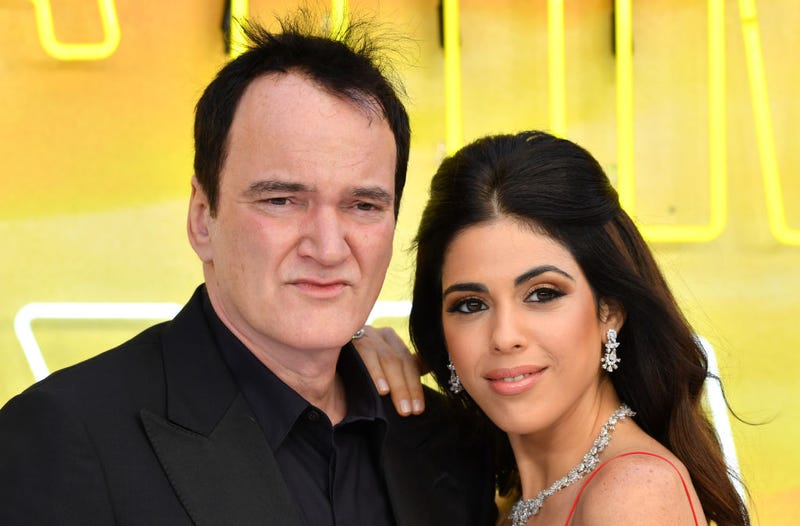 "The Once Upon a Time in Hollywood" filmmaker and his wife now have a son. A rep for Tarantino confirmed the news to TMZ and E! News.

“Daniella and Quentin Tarantino are happy to announce the birth of their first child,” his rep said in a statement. The Jerusalem Post confirmed that the couple's son was born in Tel Aviv, Israel.

The married couple announced they were expecting a child in August of 2019. “Daniella and Quentin Tarantino are very delighted to announce that they are expecting a baby,” a rep for the couple told E! News at the time.

The happy news comes on the tails of Tarantino's success for his movie "Once Upon a Time in Hollywood."

In the film, Leonardo DiCaprio and Brad Pitt star as an actor and his stunt-double who live next door to a young actress (Margot Robbie). Robbie's character is based off of actress Sharon Tate, who was among those murdered by followers of cult leader Charles Manson in 1969.

"Once Upon a Time in Hollywood" also stars Luke Perry, who died of a stroke last year, along with Dakota Fanning, Al Pacino, Emile Hirsch and Damian Lewis.

Brad Pitt won the Oscar for Best Supporting Actor for his role in Tarantino's movie at the Academy Awards earlier this month.

music
RADIO.COM's Back To Back: Brooke Eden, Maren Morris, and Tiera
sports
8 NBA playoff contenders who could use Blake Griffin if he gets bought out
sports
AEW's Cody Rhodes talks about upcoming match against Shaq on AEW Dynamite
news
Senate confirms Cardona as Biden's education secretary
sports
J.J. Watt and the Cardinals among teams who are eligible to be forced onto HBO's 'Hard Knocks'
music
Lady Gaga's dog walker speaks out for the first time after being shot in violent robbery