On Monday night, MTV will honor Missy Elliott with the Video Vanguard Award at the 2019 MTV Video Music Awards, a long-overdue recognition of her visionary work and unmatched visual innovation.

Elliott will also perform on the VMAs stage for the first time in 16 years, and now she has some new music to add to the setlist. On Friday, the Songwriters Hall of Fame member dropped “Throw It Back,” a not-so-subtle nod to her success that flexes on her own legacy. 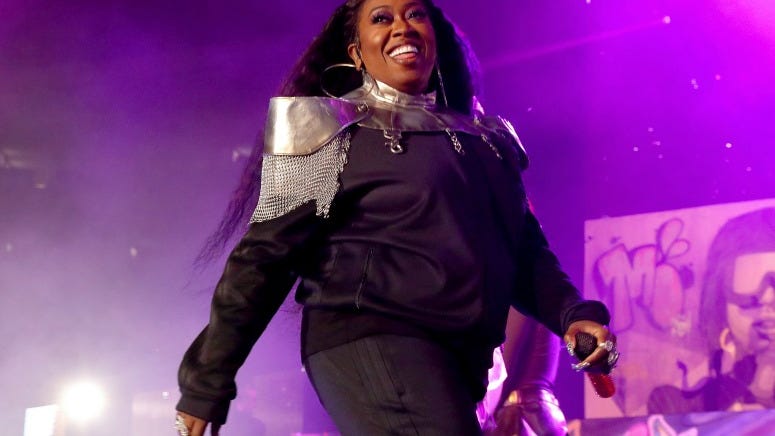 “Please don't steal my style, I might cuss you out,” she raps in the vivid new video, filled with vibrant colors, hair braid jump rope, and dancing on the moon. “What you doing now, I did for a while.” Teyana Taylor makes a cameo as a guide through the career of Elliott, with tributes throughout the clip to her groundbreaking videos.

The song is one of four from Elliott’s new surprise EP, ICONOLOGY, the artist’s first multi-song release since 2005. The collection is produced in part by longtime collaborator Timbaland.

Since first breaking through in 1997 with “The Rain,” Elliott has become a video visionary by creating a unique style all her own. With the help of directors like Dave Myers and Hype Williams, the GRAMMY-winner has churned out iconic visuals unlike any other artist.