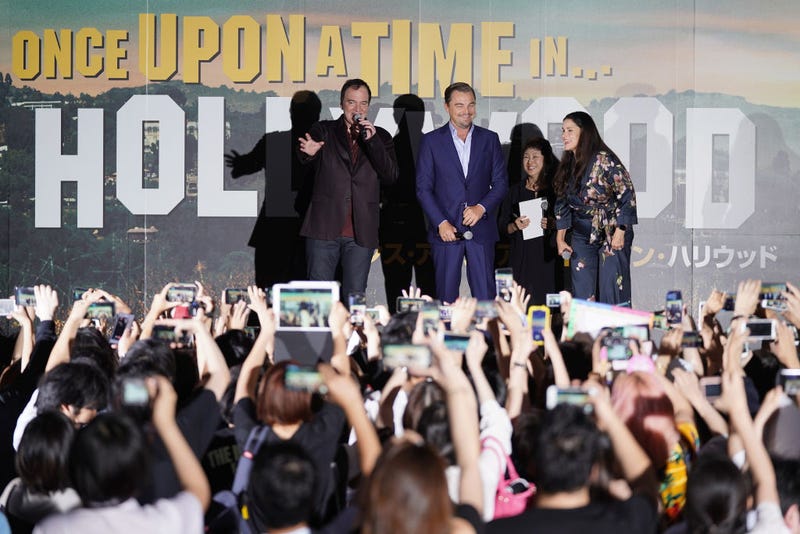 If you're a "Once Upon a Time in Hollywood" fan, get ready to return to the golden age.

Quentin Taratino's movie is heading back to theaters with 10 minutes of added scenes, bringing the total run time to nearly three hours.

The extended cut of the film will hit more than 1,000 North American theaters on Friday, Oct. 25.

In the film, Leonardo DiCaprio and Brad Pitt star as an actor and his stunt-double, who live next door to Sharon Tate (Margot Robbie). The pregnant actress was among those murdered by followers of cult leader Charles Manson in 1969.

"Once Upon a Time in Hollywood" also stars Luke Perry, who recently died of a stroke, along with Dakota Fanning, Al Pacino, Emile Hirsch and Damian Lewis.

According to USA Today, this was one of the most successful original films of the year. The movie was made for $90 million. “It has grossed $139.8 million domestically and $366.8 million worldwide.

"I grew up with him on '90210,' looking up to him as literally the coolest dude on earth, and honestly, when I was on set, I was starstruck." DiCaprio told “Extra” at the film’s premiere. “We got to sit down and chat. He couldn’t have been a more amazing human being. It’s a real tragic loss."

"Once Upon a Time in Hollywood" originally hit US theaters in late July.