Few directors have held out a vision as singular as Quentin Tarantino.

From his early pulp classics to later meditative films, Tarantino has maintained a penchant for philosophical inquiries, genre bending, and unapologetic violence throughout his entire career. 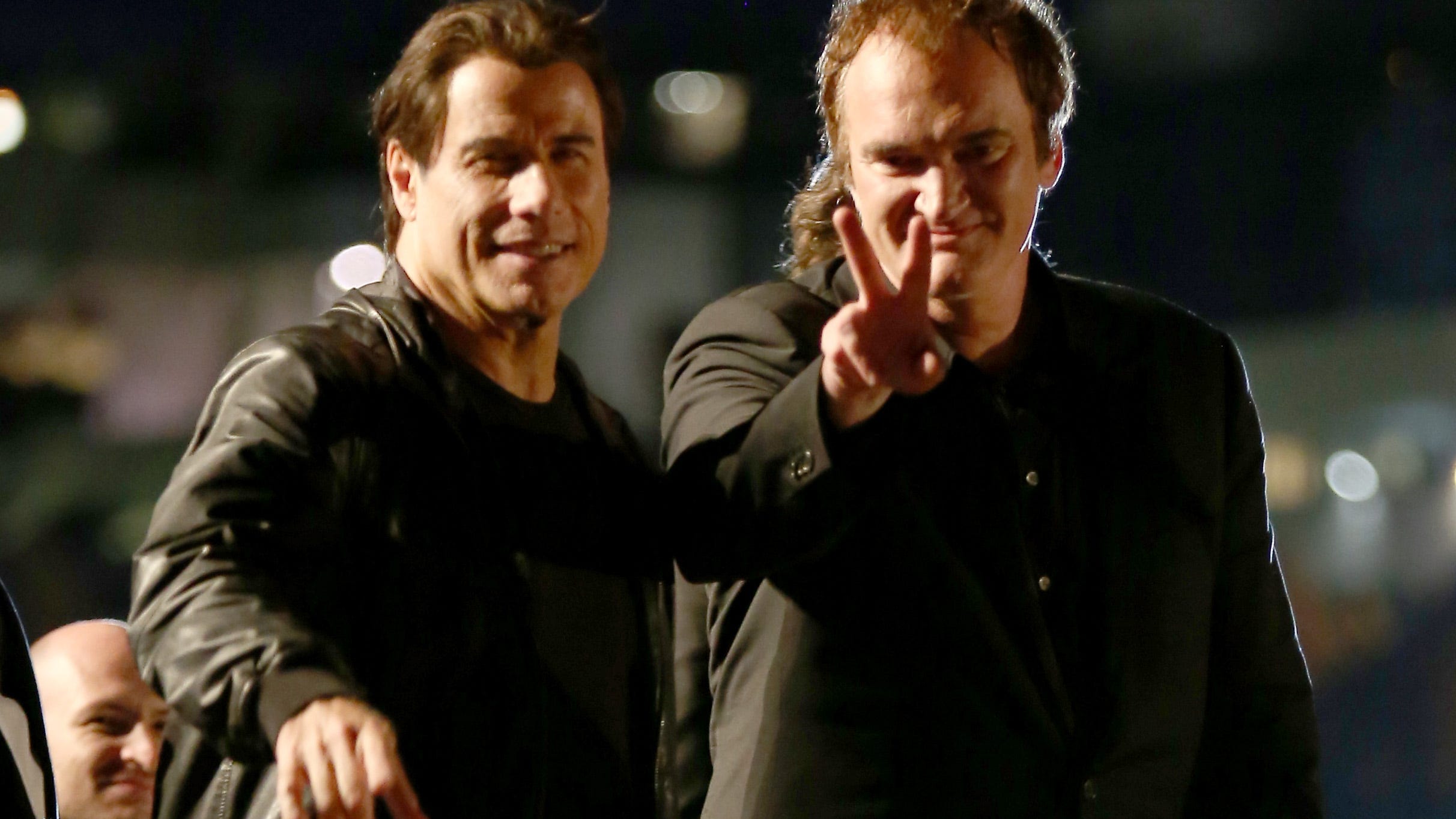 To celebrate the acclaimed director’s birthday, this is where you can stream every film he’s directed. (And where to rent "Grindhouse" and "Django Unchained," neither of which are currently available for streaming.)

Tarantino’s take on the heist genre, “Reservoir Dogs” has a whip-smart script and such graphic violence that it caused horror film director Wes Craven and special makeup effects artist Rick Baker to walk out of the theater when it screened at a film festival in Spain. Tarantino took it in stride. “That's OK. It's not their cup of tea. But I am affecting them. I wanted that scene to be disturbing,” he said at the time.

Tarantino expanded on the hardboiled impulses of “Reservoir Dogs” into the larger-than-life comic book quality of “Pulp Fiction,” a film that scrambles disparate influences, timelines, characters and music. The film won the prestigious Palme d’Or when it premiered at Cannes Film Festival in May 1994. Since then, it has become both a cult classic and a cultural moment, a bizarro postmodern crime adventure juxtaposing fantastical criminal moments with cool-like-the-Fonz diner banter.

Tarantino’s next film paid homage to 1970s blaxploitation films like 1973’s “Coffy” and 1974’s “Foxy Brown.” And like those two films, it starred Pam Grier, whose career was reignited by a Golden Globe nomination for her role in this freewheeling crime film co-starring Samuel L. Jackson, Robert Forster and Robert De Niro.

Tarantino’s first step into the millenium, the “Kill Bill” movies registered a different tenor from the director’s early films, trading in the old-time analog feel for the crisp updated look without sacrificing any of the dreaminess. Uma Thurman shines in grindhouse-inspired revenge flick, drawing equally from martial arts films, samurai cinema, blaxploitation films, and spaghetti Westerns. “Kill Bill” was planned to be released as one film, but it was split into two due to what would have been its whopping four-hour runtime.

Stream both on: Netflix

A stylized spaghetti Western set in the Old West and Antebellum South, “Django” is a revisionist film about its title character, a slave (Jamie Foxx) who is freed by a German bounty hunter (Christoph Waltz), and whose travels lead them them to the plantation where Django’s wife is still a slave. Michael K. Williams and Will Smith were considered for the title role before it ultimately went to Foxx.

Originally conceived of as a sequel to “Django,” this Western thriller tells the story of eight strangers who cross paths as they seek refuge from a blizzard at a stagecoach layover point. In 2019, Netflix re-released the film as a four-episode miniseries.

Telling the story of an actor at a crossroads played by Leonardo DiCaprio and his driver, played by Brad Pitt, the film is Tarantino’s love letter to the golden age of Hollywood. The alternate history of 1969 Los Angeles also features Margot Robbie as Sharon Tate.

music
RADIO.COM's Back To Back: Brooke Eden, Maren Morris, and Tiera
sports
8 NBA playoff contenders who could use Blake Griffin if he gets bought out
sports
AEW's Cody Rhodes talks about upcoming match against Shaq on AEW Dynamite
news
Senate confirms Cardona as Biden's education secretary
sports
J.J. Watt and the Cardinals among teams who are eligible to be forced onto HBO's 'Hard Knocks'
music
Lady Gaga's dog walker speaks out for the first time after being shot in violent robbery