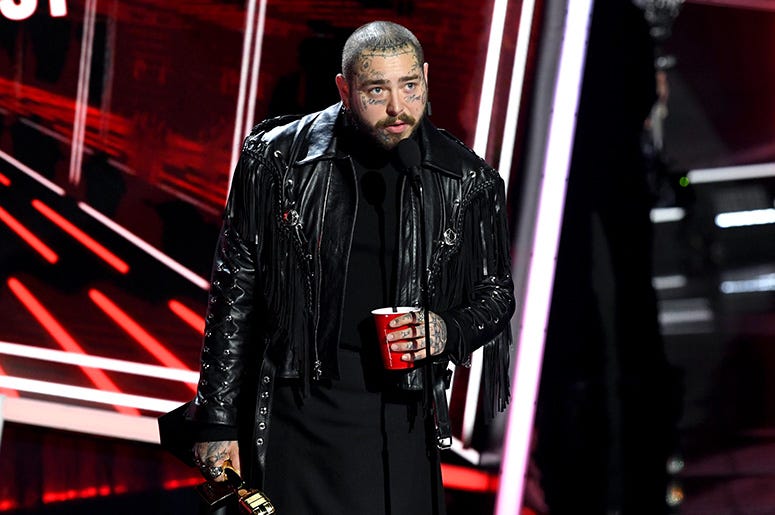 Music producer Andrew Watt played host to the genre busting mashup. He posted a series of pictures to Instagram displaying Posty’s ax and cigarette skills. You also make out Metallica’s Rob Trujillo in the background wearing a ball cap and shredding.

“DIRTY 30… best jam of all time,” Watt captioned in reference to his 30th birthday. Trujillo and Watt can be seen holding dueling birthday cakes to celebrate the occasion. He recently turned 56.

It’s hard to make out Taylor Hawkins, Jane’s Addiction bassist Chris Chaney, or drummer David Mushegain, but each is tagged in the post. Although unconfirmed, a YouTube user was able to grab video of the session that gave better perspective of the artists jamming out.

The whole event is reminiscent of Malone’s September jam session with rapper Tyla Yaweh. Friend of the fam and Daddy Rock guitarist Jared Dines posted clips from the practice room session on his Instagram. Scroll through for some serious Grindcore goodness, a little taste of Nirvana's "Breed," and a heavy-funk version of Wild Cherry's "Play That Funky Music" with Dragged Under vocalist Tony Cappocchi.