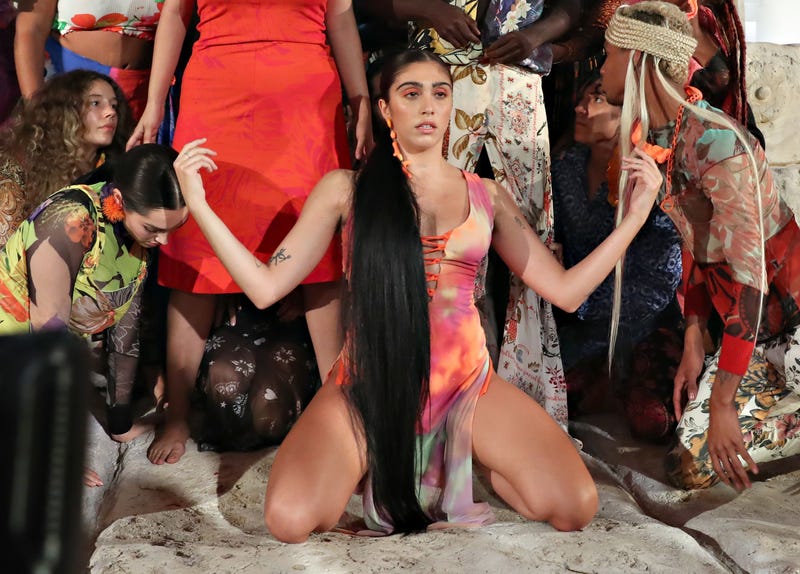 Madonna’s daughter, Lourdes Leon is finally on Instagram and she has started off posting with a bang.

Leon’s first post included images from her Parade X Juicy Couture underwear campaign where she not only tells us to, “ShUt Up & LiStEn,” but also reminds us that she is “not normal.”

But the new Instagram user caused a real social media stir after she began commenting wild sentiments back to fans and onlookers. One follower wrote, “Your mother made a masterpiece called Hard Candy,” in reference to Madonna’s 2008 album, and Lourdes followed up with, “your mother s**** wild d***.”

Honestly, we’re kind of here for the brutal honesty and harsh commentary coming from Leon. One fan who called her out for “thirst trapping,” and asking, “what would ur mom think?” prompted the social media starlet to clap back with “does your mom know u don’t wash ur a**.” What right do weird trolls on the internet have in commenting on Lourdes’ decision to pose for the Parade underwear campaign?

However, our favorite moment was when Leon vehemently shut down a commenter who implied she would follow in her mother’s footsteps. “We’re waiting for your singing debut,” commented the follower. Leon reportedly came back with, “I’ll sing at your funeral.”

Following her initial post, Lourdes shared clips from the Adidas and Stella McCartney campaign she appears in, however, on the following two posts the model turned off the commenting option leaving followers to go without her outrageous feedback.

We look forward to what work of art comes next from Lourdes, whether it be a new campaign or a perfectly crafted clap back.