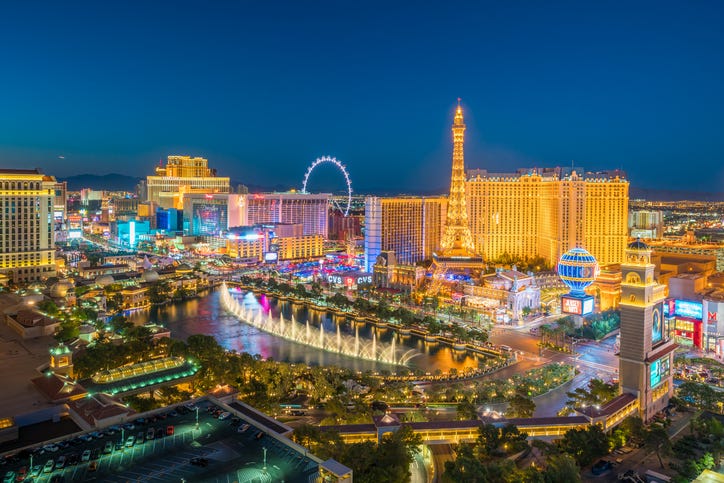 Fun is a big factor when deciding on a location to visit on your next vacation.

And a new report from personal finance website WalletHub has gone ahead and ranked the most fun cities across the United States by scoring them in three main categories: entertainment & recreation, nightlife & parties, and costs.

Think your city knows how to have #fun? See if you’re right: https://t.co/G20FJKW872 pic.twitter.com/5XCm34vBnG

Within those categories, cities were judged on 66 different metrics such as the number of bars, parks, music venues, and movie theaters per capita, diversity of restaurants, time of last call, as well as the average price of drinks, hotels and gyms.

To no one’s surprise, Las Vegas tops the list as the most fun city in America. With its endless amounts of casinos, hotels, nightclubs, all-you-can-eat buffets, live shows and pop star residencies, Sin City is hard to beat when it comes to having a good time.

If you like your entertainment a little more wholesome, then head to the #2 city on the list, Orlando, Florida. For some people, standing in line at theme parks really is the happiest place on Earth.

They don’t call it the city that doesn’t sleep for nothing, and that’s why New York City takes third. The Big Apple also had the most restaurants, playgrounds, and accessible bars per capita out of any other city on the list

With year-round sunbathing on the beach and clubs that let you dance to dawn, Miami salsas into the fourth spot, while Chicago keeps it Windy City fabulous to round out the top five.

The study also highlighted the cost of partying in fun cities vs.
mellower locals, as the average price of a six-pack in Oklahoma City goes for $7.24, while in NYC it will set you back $11.78. Cheers!

As far as the least fun city in America, that distinction goes to Pearl City, Hawaii, which came in dead last.