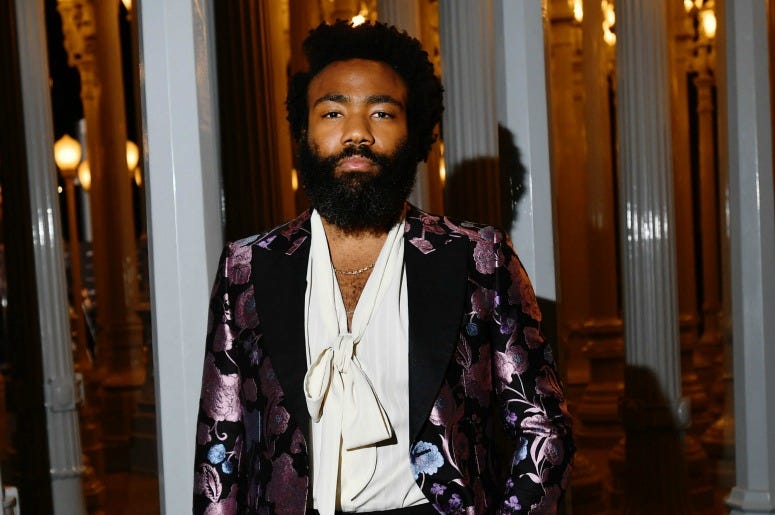 Last week, Donald Glover posted a surprise album to his website, which featured guest vocals from Ariana Grande, 21 Savage and SZA. After playing his album on loop for a few hours, he quietly ended the stream and left fans questioning what he was planning to do with it.

Well, a week later, Glover dropped the album - titled 3.15.20 - for real this time on Sunday. The album, which is also credited to his alter-ego Childish Gambino, features 12 tracks and can also be streamed on his website. The full album runs 57 minutes and 39 seconds.

Previously, the Community actor confirmed he was permanently retiring his Childish Gambino persona, but fans are thinking that was wasn't entirely serious now that he credited his latest music to his alter-ego.