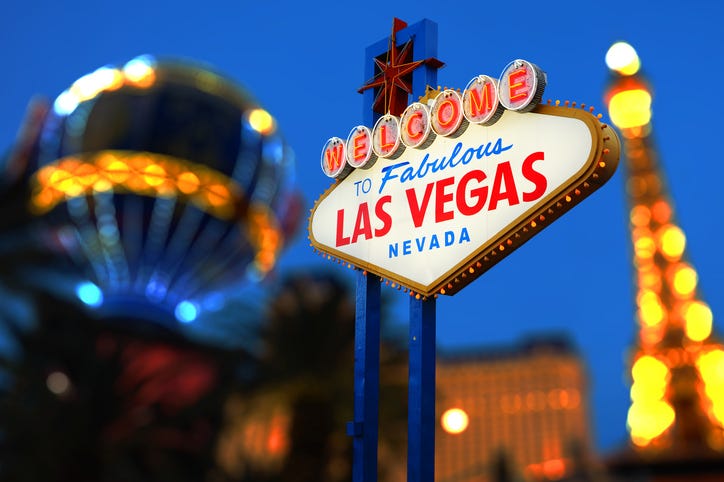 The slogan “what happens here, stays here,” will no longer greet you when you arrive in Las Vegas.

After nearly 18 years, the Entertainment Capital is ditching the slogan that defined the city for a new tagline that draws attention to the uniqueness and once-in-a-lifetime experiences offered.

The updated slogan will reportedly be “what happens here, only happens here,” ABC News announced. It will be officially unveiled to the public with a commercial airing during the GRAMMY Awards on January 26.

.@LVCVA CEO @ShillforVegas announced at #PreviewLV that Vegas will be getting a new marketing slogan. It will be unveiled during the @GRAMMY Awards on January 26. Read more from @rickvelotta @reviewjournal https://t.co/MKpRvoXYGO

The ad was created by advertising agency R&R Partners - the same agency that came up with the famous 2002 catchphrase, and has reportedly been in the works for several years.

Hill mentioned Las Vegas is becoming a “sports and entertainment capital,” but he refused to go into specifics about the slogan until after the ad ran, the Review Journal reported.

A handful of celebrities have been hyping up the slogan reveal on social media including the Blue Man Group.

Drumroll, please!! It's only fitting that @bluemangroup would like to help you discover what's next for #Vegas, but don't worry. It will all be revealed on 1/26/20. pic.twitter.com/G4WByQo455

ABC News reports that the city will host various celebrations to unveil the new slogan starting at 6 p.m. on Sunday.