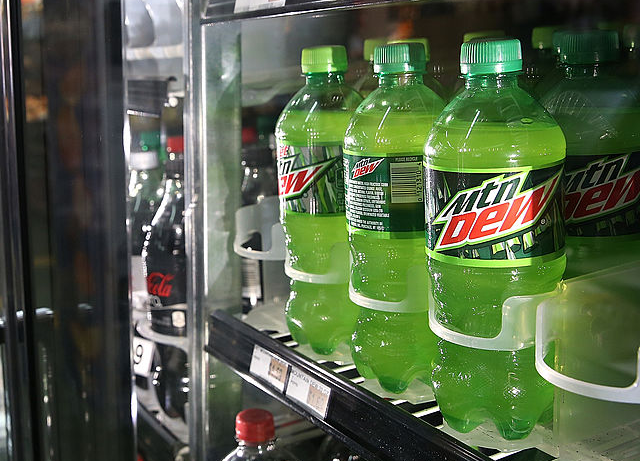 If you’ve ever dreamt of lathering up your body in the citrusy goodness of Mountain Dew soda, well, your dream is coming true.

While the name “Mountain Dew Body Wash Blast” might sound like a new offering at Taco Bell, the PepsiCo product is intended to turn your shower or bath into a fizzy experience.

The body wash is described to have “intense citrus” and “bold kick-ass confidence.”

The idea was inspired by a Reddit post by user u/Woopdeedo, whose photoshopped photo of “MTN Dew Bodywash Blast” beside a faux Doritos Nacho Cheese Moisturizing Face Wash (this isn’t real, yet) went viral in 2017.

Many Redditors commented that they “wanted this to be a real thing” and Mountain Dew obliged… sort of.

“The image was shared across social media, and many of our fans said the same thing: Make. It. Happen.” the Mountain Dew team wrote in a note to Best Products. “So we did. Who are we to deny DEW nation?”

Sadly, the soda-themed product is not available for purchase and is very limited; only 250 8-ounce bottles were produced and sent out to fans.

Plenty of comments took digs at the now-real product stating that it was gross, but ask yourself, how is it different than Mountain Dew chapstick? Because yes, that’s still a thing.