Bay Area residents woke up to a dark, red and orange sky Wednesday with many calling it "apocalyptic" and drawing comparisons to dystopian films.

#SanFrancisco and smoke from fires. sCENE FROM #Bladerunner2049. Feels one in the same this morning. pic.twitter.com/uO8cNiZQhk

The smoke and haze are drifting over the Bay Area from up north with thousands of acres of land still burning in Northern California and beyond. The smoke is so thick that as of 9 a.m., streetlights and car headlights were still on.

“What’s really going on this morning now is all this smoke is being wafted up by these strong winds up to about 3-5,000 feet. And with these particulates up in the air it’s actually acting like a filter," said National Weather Service meterologist Drew Peterson. "So only the red, oranges and yellows are really kinda making it through the smoke layer from the sun.” 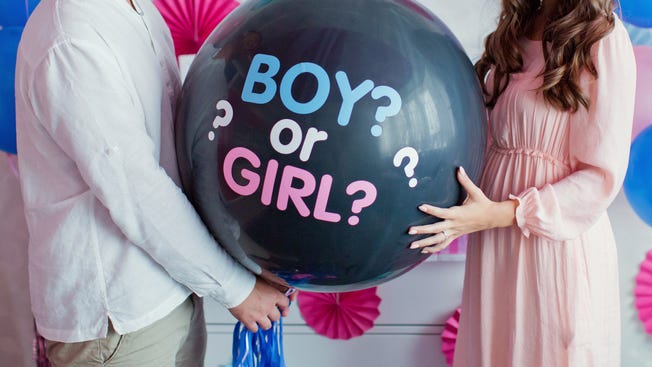 Woman Who Popularized Gender Reveal Parties Condemns Them After Wildfires

It is not just smoke that is blanketing the region.

"(It's) literally raining ash and the car’s just covered with it," Benecia resident Joe Jacobson told KCBS Radio. "I drove up to Vacaville and same thing." 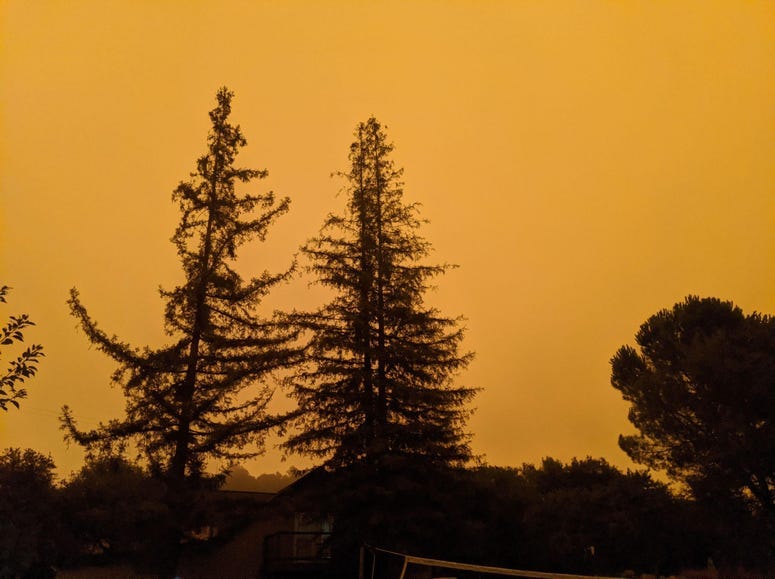 There is a little hope on the horizon.

“We are going to see some more onshore flow later this evening which should push it out at the lower levels," said Peterson. "That said, at the higher levels the smoke will still continue to move into our area. So it’s kind of a battle of mid-level winds versus low-level winds. As a result we will still have smoke directly over us in the coming days.”

Much of the smoke is higher up in the atmosphere, which is why the sky looks so dramatic, but the air does not smell as smoky as it has in weeks past.

If there is a silver lining to the murky sky, the smoke does help to keep daytime temperatures a bit lower than they would be otherwise.

However, most of the Bay Area will still see above average temperatures Wednesday.