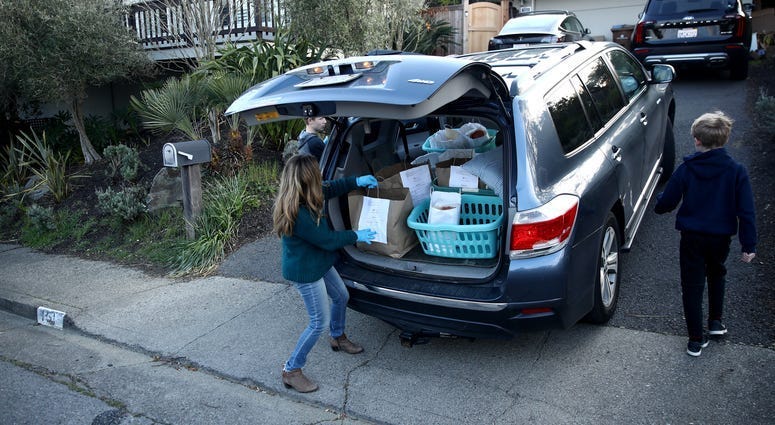 Breed said that the official announcement and guidance would come from Public Health officials Tuesday, but wanted to ease questions from anxious residents by confirming the the order would in fact be extended.

Breed thanked the city’s residents for what she called an improved effort to socially distance, by keeping the parks and beaches clear over the past weekend. Breed cited additional hotspots that would require further attention, but lauded the overall effort from residents.

“We may not realize the impacts of this until this is all over,” said Breed, “but eventually we will learn, i’m sure, that because of what we have done and participated in complying with social distancing that it truly has saved lives.”

The initial shelter-in-place order was set to expire April 7 after three weeks. The unprecedented order banning all but "essential" activities was part of the region's attempt to limit the impact from the coronavirus pandemic.

As of Monday afternoon, the city had 374 confirmed cases of COVID-19 and six deaths.

“The reason why we have taken significant steps has everything to do with saving lives and protecting public health,” said Breed, “we know that there will be challenges on our health care system.”

“Today, I’m sad to report that Laguna Honda hospital has a growing outbreak of coronavirus,” said Public Health Director Dr. Grant Colfax, “we’ve prepared for this since the very start of our city’s response to the pandemic.”

Colfax was blunt in his assessment that long-term care facilities are at the highest risk for coronavirus and it was his expectation that the situation would get worse. Colfax said that the city has asked for assistance from both the state and federal level, and that some of those requests were starting to be answered. Health officials from the CDC and the state have arrived at the hospital and will make recommendations on how best to manage the outbreak.

Colfax said that further testing was underway and that he expected more positive cases in both patients and staff. ​