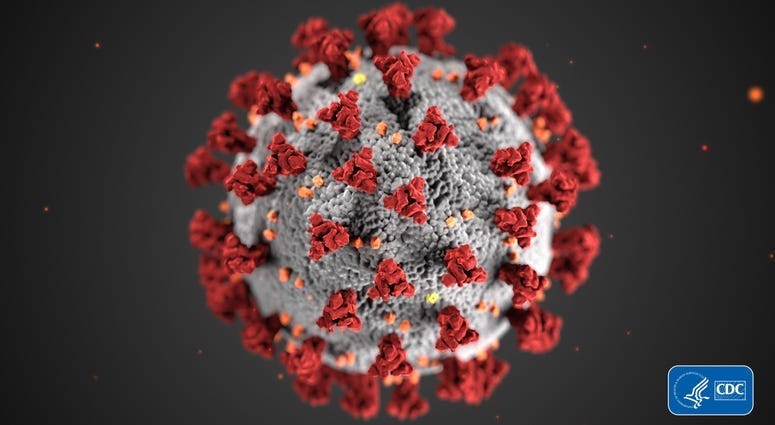 Dire projections that almost every American will end up contracting the coronavirus have been circulating the on internet, but one of the Bay Area’s most highly regarded experts is doubtful of those calculations.

UC San Francisco epidemiologist George Rutherford scoffed at the models that estimate that up to 70 to 80% of Americans will get the coronavirus. He believes a much smaller number will actually contract the virus.

“I think they’re wildly high,” Rutherford told KCBS Radio. "I mean, those assume no control measures and we’ve been doing a lot to control this, especially in big cities around the country.”

Rutherford said the shelter-in-place orders and social distancing would bring those numbers down significantly, which is why they are critical.

The high-end models are based on past epidemics without those controls, he said.

In real life, he said the infection rate in Wuhan, China was 1.5%. On the Diamond Princess cruise ship that carried hundreds of infected people to a port in Japan, it was just 20%

“At least we’re dealing with something that’s observed, something that’s been measured quite carefully,” Rutherford said. “Actually I’m probably more comfortable with the kind of estimates we can derive when using real data than using worst case scenario models.”

Rutherford’s estimate of coronavirus transmission points to a high of 50% with a low of just 10%.

Trump Seeks Up To $1 Trillion For Relief Package

sports
MLB insider believes Molina, Wainwright will both be back with Cardinals in 2021
sports
Texans' WR Will Fuller suspended 6 games for PED violation
music
Join us Dec. 1 for 'Heroes of New York' a Robin Hood Special
sports
Report: Steelers-Ravens moved to Wednesday
music
A bunch of your favorite drag queens are hosting a New Year’s Eve kiki and kissing 2020 goodbye
sports
Are Mets prioritizing George Springer over J.T. Realmuto?