With unthinkable news coming just hours before music’s biggest night, 2020 GRAMMY Awards host Alicia Keys was left to guide the room and a large section of the world out of a devastating day. Earlier on Sunday, reports spread about the death of Kobe Bryant. The Los Angeles Lakers star was killed in a helicopter crash along with his daughter and 7 others. With that, a celebration in the Staples Center quickly turned to something much more powerful.

“Here we are together on music’s biggest night, celebrating the artists that do it best. But to be honest with you we’re all feeling crazy sadness right now,” Alicia Keys admitted as she walked onto the stage, noting that they were all “heartbroken in the house that Kobe Bryant built.”

With his jerseys illuminated in the rafters of the Staples Center, Keys invited Boyz II Men to the stage for a touching version of “It's So Hard To Say Goodbye To Yesterday,” as the crowd looked on still shocked from the passing of the icon. It wouldn’t be the last time Bryant was remembered throughout the evening, with his legacy in the building and beyond looming over the night.

There was still a task at hand, to also honor the artists that made it another amazing year of music. Short on actual awards and big on performances, collaborations, and unmatched emotion, these are the biggest moments from the 2020 GRAMMY Awards. 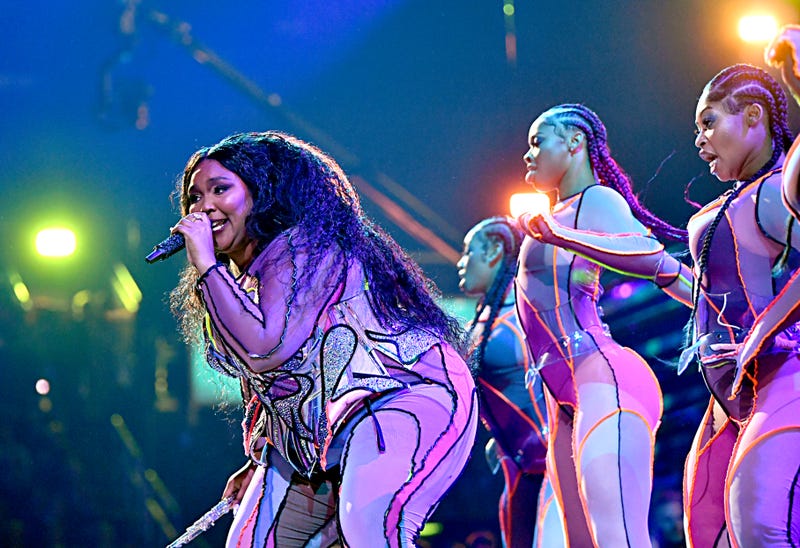 Leading Off With Lizzo

The 2020 GRAMMY Awards opened with Lizzo leading an orchestra. “Tonight is for Kobe” she exclaimed, sparkling in black with a wall of strings behind her for “Cuz I Love You.” Hitting ridiculous notes before being joined by ballerinas, illuminated as the piano twinkled for “Truth Hurts.” Top it off with a magical flute floating in from the sky, and the GRAMMYs were off and running. Later as she won Best Pop Solo Performance she continued her message of hope. “Lets continue to reach out, hold each other down and lift each other up.” 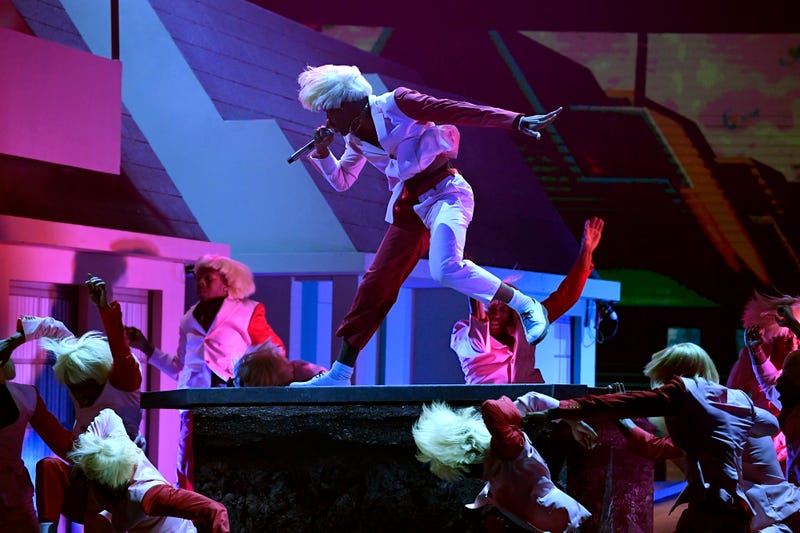 With Boyz II Men and Charlie Wilson around a flaming trash can, things started subtle for Tyler, The Creator. However the GRAMMYs soon felt the full force of the Best Rap Album winner. Eyes flickering as the camera comes in tight, anxious and ambitious, his performance shook the crowd as an army of doppelgangers walked through the aisle to join him on stage as his platform rose. Shifting from sweet serenade to rage released, even taking a break to hit the inhaler. Tyler, The Creator was constantly exploding into another level. 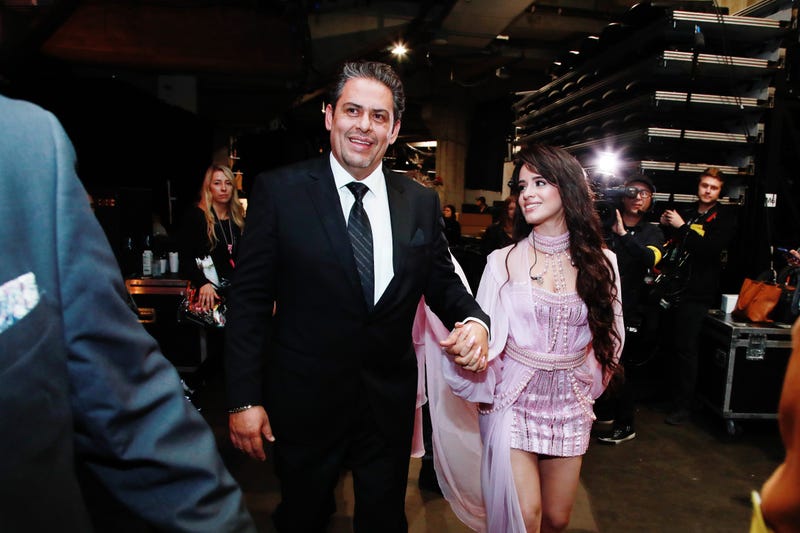 Camila Cabello took the stage for a touching tribute to her father, singing the song “First Man.” With home movies projected beside her, Cabello looked off-stage to someone special. Slowly walking down the stairs to find her crying father, Alejandro Cabello, in the front row. The performance was punctuated with a huge hug and not a dry eye. 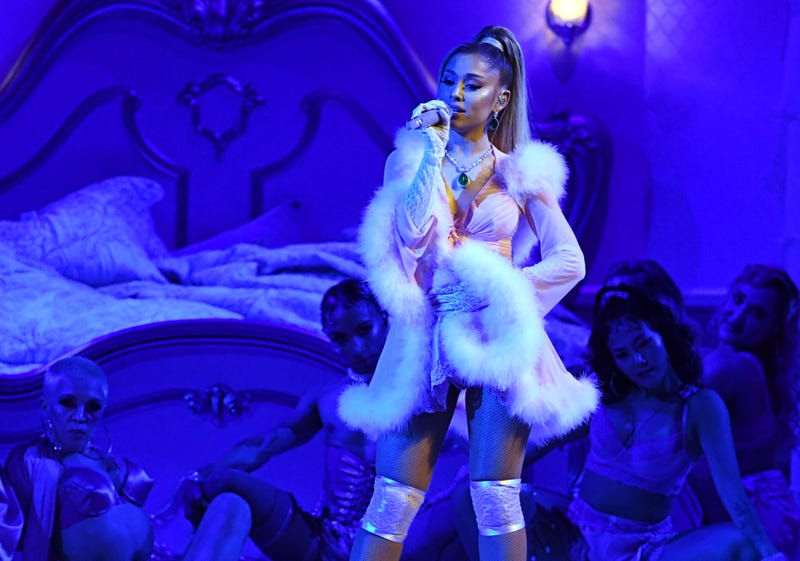 Rings Off With Ariana Grande

Starting with the powerful “imagine” in lace gloves and Audrey Hepburn style, Ariana Grande was soaring and emotional with strings behind her. With a brief detour to sing “These Are A Few Of My Favorite Things" before a quick change of outfit and scenery into a bedroom set for “7 rings.” With all-girl choreo and vibes, Grande ended with her smash “thank u, next” – letting the strings swell before symbolically taking off her ring. 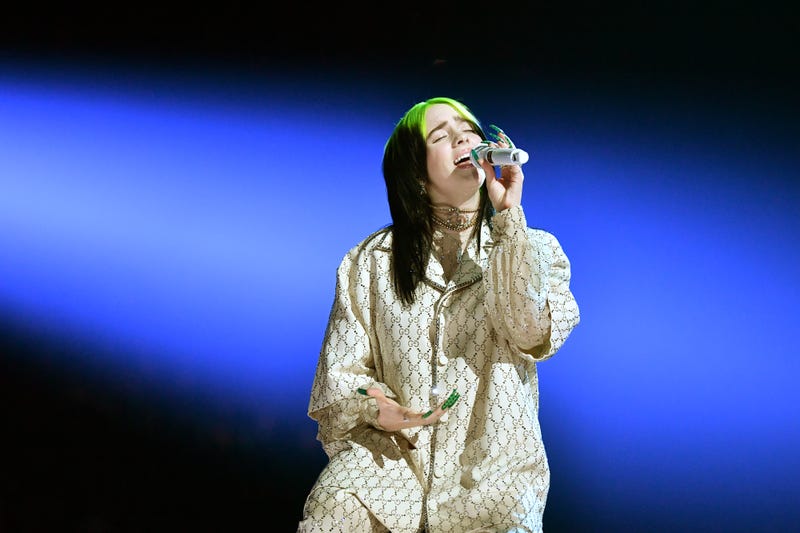 The Party Is Just Beginning For Billie Eilish

Get use to seeing Billie Eilish on the GRAMMY stage. With a quiet and beautiful version of "when the party's over," the 18-year-old singer was seemingly holding back a flood of emotions. Eking out vulnerable verses, the night played like a proper introduction to music's biggest breakout star, still finding her footing with the praise but feeling every inch of her music. 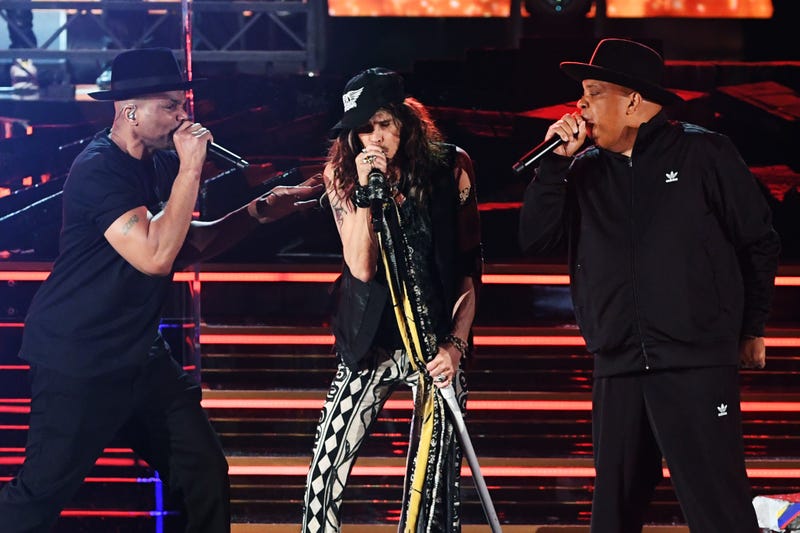 The stage burst into flames as Aerosmith ripped through a timeless version of "Living On The Edge," but it was the surviving members of RUN-DMC that really lit things up. Holding up a Kobe Bryant jersey, the duo joined the icons for "Walk This Way." Messy at times like all the best Rock N' Roll moments, they once again broke down the wall and even invited a few female fans on stage for the party. 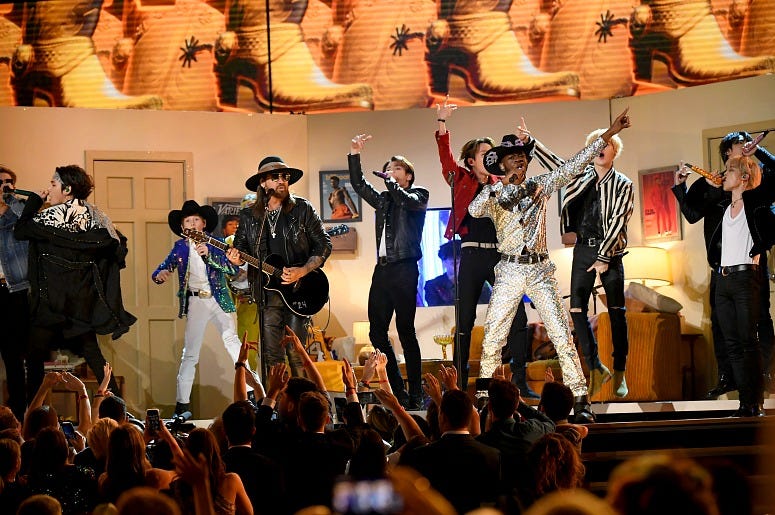 All The Remixes With Lil Nas X, BTS, And More

How do you honor the biggest song of the year and all of its incarnations? Invite them all along for the performance, and then some. Starting in a simple living room with a Kobe Bryant jersey draped over the chair, Lil Nas X soon left the friendly confines of his home to join BTS. Seated in style, the K-pop Kings were the most popular hype men in history, as Mason Ramsey, Diplo, and of course Billy Ray Cyrus joined the party. But it's an endorsement and feature from Nas himself, that really helped the "Old Town Road" artist level up before our eyes. 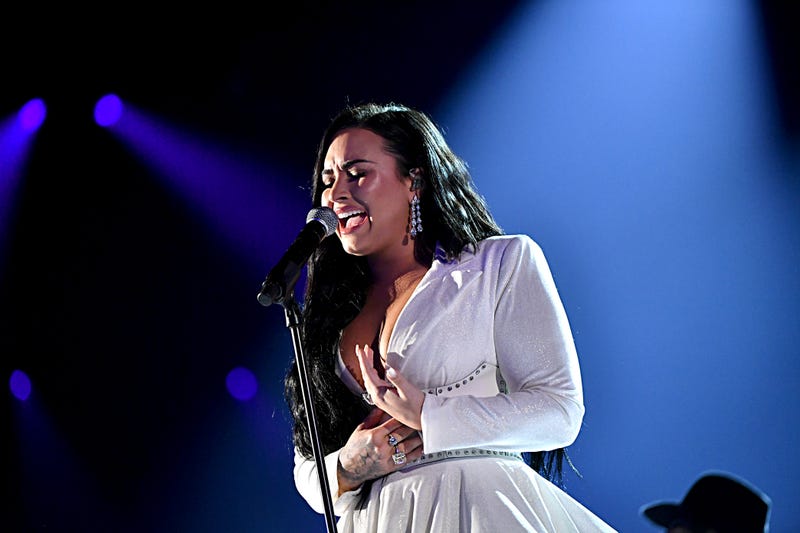 Lots Of Love For Demi Lovato

Breaking down in tears just a few words into her song, the comeback of Demi Lovato was extremely emotional for everyone involved. Singing a song she wrote before an overdose almost took her life, Lovato returned for her first public performance since 2018 with a gripping and gutting moment. Her amazing voice was sorely missed, and filled every corner of the arena as the crowd exploded. 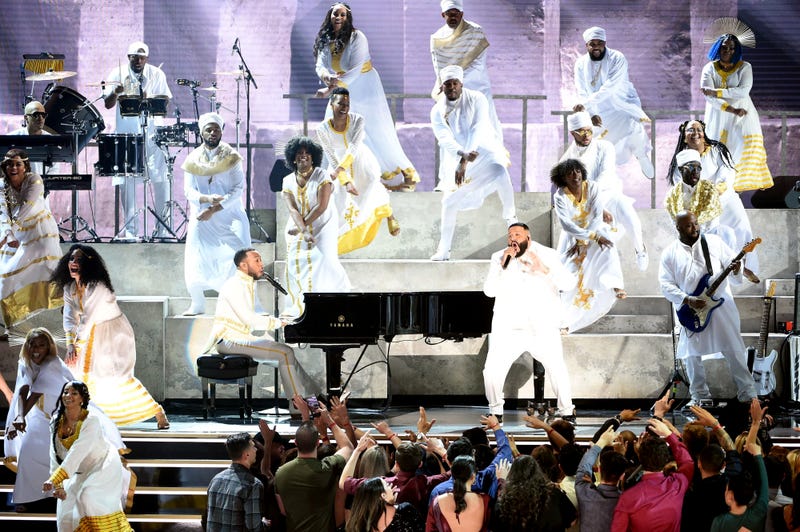 This Is For Nipsey Hussle

A tribute to fallen Hip Hop star Nipsey Hussle sadly doubled as an honor for another Los Angeles hero. Kobe Bryant and Nipsey were both celebrated by Meek Mill, John Legend, DJ Khaled, and more - from important bars to a trip to church. "This is for Nipsey Hussle. This is for Hip Hop" Dj Khaled proclaimed as the song featuring the late rapper also won Best Rap/Sung Performance. 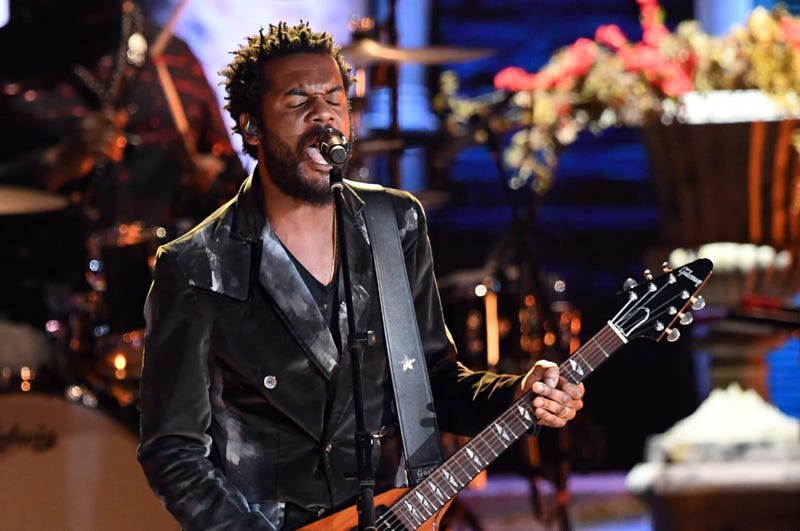 You wouldn't know it from watching the show, but Gary Clark Jr. won a couple of awards at the 2020 GRAMMY Awards. He also delivered the most direct political statement of the night, shredding through "This Land" with help from The Roots. 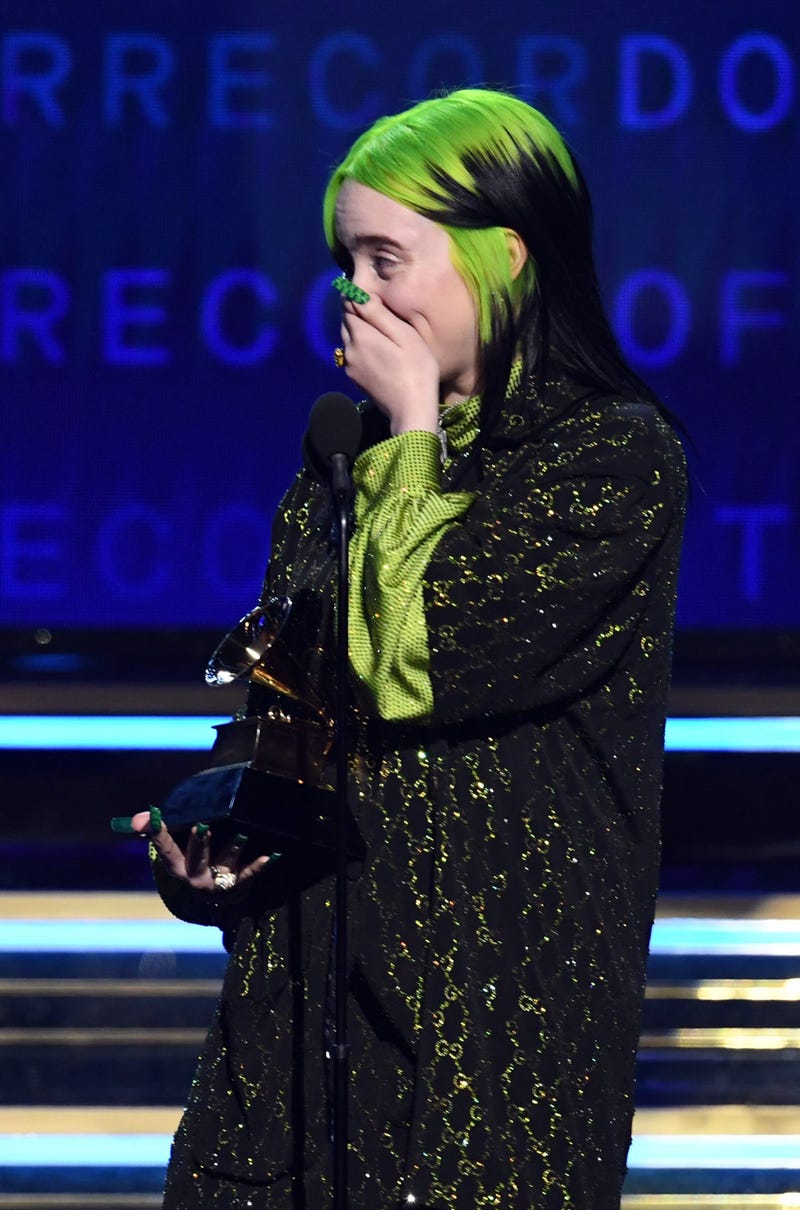 The night belonged to Billie Eilish, who won for 5 of her 6 nominations, including Album of the Year, Record of the Year, Song of the Year, and Best New Artist. The "bad guy" singer and her brother and collaborator FINNEAS were the unquestionable stars of music's biggest night.

You can find the full list of winners from the 2020 GRAMMY Awards here, and see the top fashion from the Red Carpet here.