Last year Alicia Keys proved that she was the perfect fit as host of the GRAMMY Awards, and on Sunday she returns for another run as master of ceremonies for music’s biggest night.

Before the biggest artists in the world take the stage this weekend, we caught up with Keys to talk about what to expect, and what has changed since she first held GRAMMY gold in 2002.

“Who knows what’s gonna happen,” she tells RADIO.COM, thrilled by all the prospects of the big night. “What I do know is it’s gonna be a great energy, I’m gonna bring a great energy, and I’m there to celebrate the artists and just make it feel good.”

With breakthrough artists like Lizzo, Billie Eilish, and Lil Nas X dominating the nominations and others like Yola and Tank and the Bangas getting a well-deserved turn in the spotlight, Keys in ready for an unpredictable but unmatched night of music. “There’s so many unique artists and people. I’m really excited about Tank and the Bangas and Maggie Rogers. There’s so many great performers and artists and different styles and people, and that’s one thing I think about the show that people really tune in to,” she smiles. “You’re gonna get to see a variety of things.” 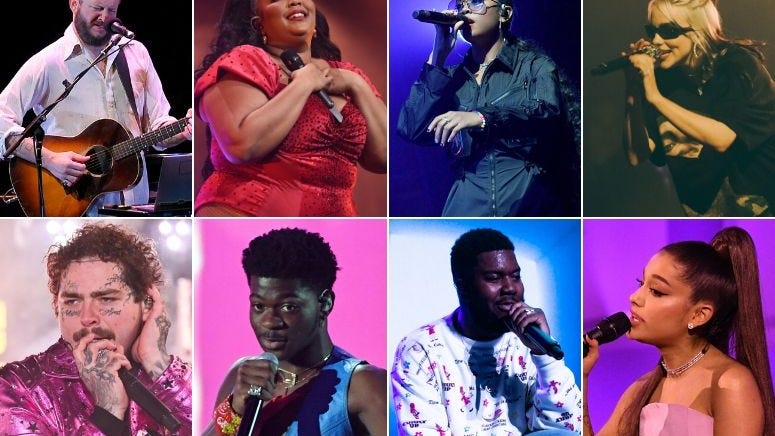 No doubt somebody on Sunday night is going to graduate to the next level, adding the words GRAMMY-winning before their name until the end of time. Alicia Keys did for the first time in 2002, walking away with 5 wins at the 44th Annual GRAMMY Awards.

“I remember that was a very pivotal moment for me. I was terribly terrified,” Keys recalls. “You feel like you’re on another planet.”

“You’re literally like, ‘what am I doing here? And who are these people that I’ve only seen on television here with me?’ It’s very weird. But that’s another thing that because I have that experience, that’s the calm or relaxed that I want to bring to it, because I understand that there’s a lot of nerves. You feel awkward. You feel uncertain like do I belong here. You feel all of these ways.”

Thoughts raced through Alicia Keys head as she made her way towards the stage, asking herself if she was going to trip or even be able to talk, but she survived it and went on to secure a total of 15 GRAMMY Awards throughout her career. But you always remember the first time. “It was a crazy unforgettable experience.”

You can see more from Alicia Keys above, and check out her advice to winners here. Keys hosts the 2020 GRAMMY Awards on Sunday January 26 at 8PM ET on CBS.