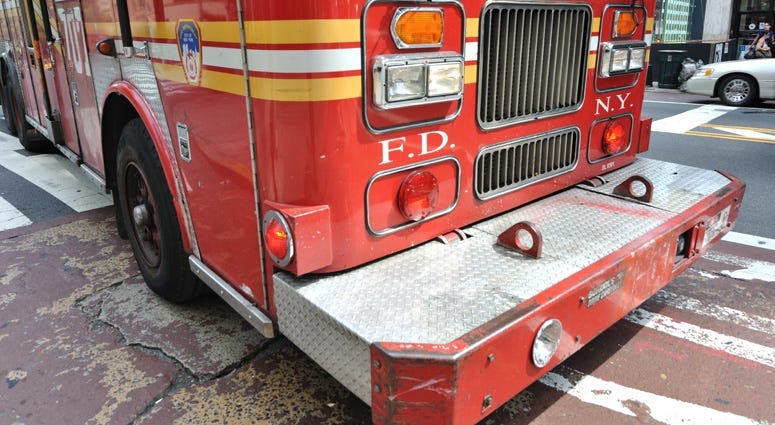 NEW YORK (1010 WINS) --  Firefighters in Brooklyn found wads of cash when they cut through a ceiling while battling flames at a house in Brooklyn early Thursday morning, The New York Post reports.

"It was buried treasure basically," the report said. "It just kept falling out."

Fire officials arrived at the home on East 57th Street in Old Mill Basin just after 2 a.m. which started on the first floor of the 3-story home, the FDNY said.

FDNY members found the flames had made its way into the ceiling of the home. and began to cut through the overhead sheetrock when suddenly, the cash began to fall on their heads.

"It was a ton of cash, it just fell right out of the ceiling, pretty cool,” the source said. “It was in bundles, it wasn’t like in one solid brick, it just kept falling out."

According to the report, bundles of new hundred-dollar bills were wrapped in plastic bags and tinfoil and could total to as much as $1 million dollars, the report added.

A source revealed to the Post that the money came from a life insurance policy of a resident’s deceased husband.

Firefighters gave the money to the police, who then gave it back to a woman who lived in the building although the NYPD could not immediately confirm the total sum of money.