After joining the Royal Family, Kate Middleton’s style has continued to evolve, making her one of the world’s biggest trendsetters and style icons.

Last week, Kate Middleton appeared on the Kensington Royal Instagram, where she shared the results of her “5 Big Questions” early years survey.

While the Duchess of Cambridge made a few appearances to promote her survey, fans questioned her style choice in a Q&A on Instagram, Marie Claire reported.

In the video, you can see Middleton wearing a purple Gucci blouse with a bow. Royal fans quickly pointed out that the mother-of-three wore the same top in March of 2019.

However, fans are convinced the Middleton keeps wearing the blouse backwards.
You can tell that the royal prefers to button it in the front when she wears the Gucci top from the Instagram video.

According to Gucci’s website, the buttons are worn in the back of the shirt. The website shows that the purple version of the top costs $1,700 and is currently sold out, despite the store offering a few other colors.

This isn’t the first time that fans discussed her fashion. 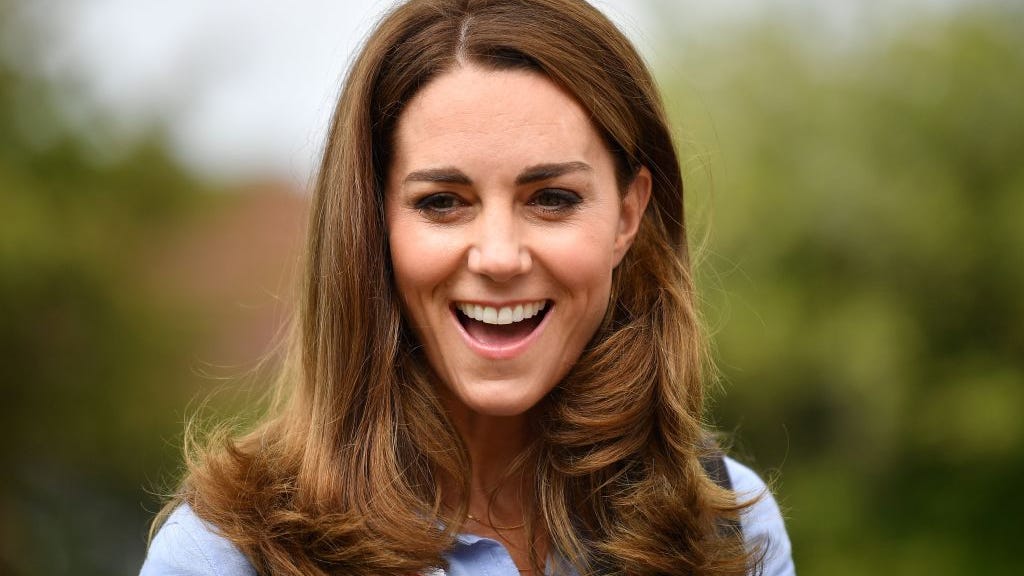 The Duchess of Cambridge rocked a simple fall-friendly style during an outing with her family to meet with Sir David Attenborough. Sir David recently landed a spot in the Guinness World Records for the fastest time to reach one million followers. He beat “Friends” actress Jennifer Aniston, who previously held the title.

People reported the dress was part of Gabriela Hearst’s pre-fall 2020 collection and is already sold out despite the high price of $1,590. The Marley belted cotton-chambray shirt dress isn’t just fashionable, it’s also sustainable as it is made from repurposed denim.

One user commented on the post, “You can wear anything!” Another said, “She is such a fashion icon.”