President Donald Trump and former Vice President Joe Biden will make one last appeal to voters at the final presidential debate on Thursday.

The event comes after a contentious debate cycle that included a first debate criticized by some for the candidates’ frequent speaking over one another and competing town halls that occurred in place of a cancelled second debate.

Listen to the final Trump-Biden presidential debate on RADIO.COM on Thursday, Oct. 22 at 9pm ET.

You can also watch the debate live on RADIO.COM in the video above. 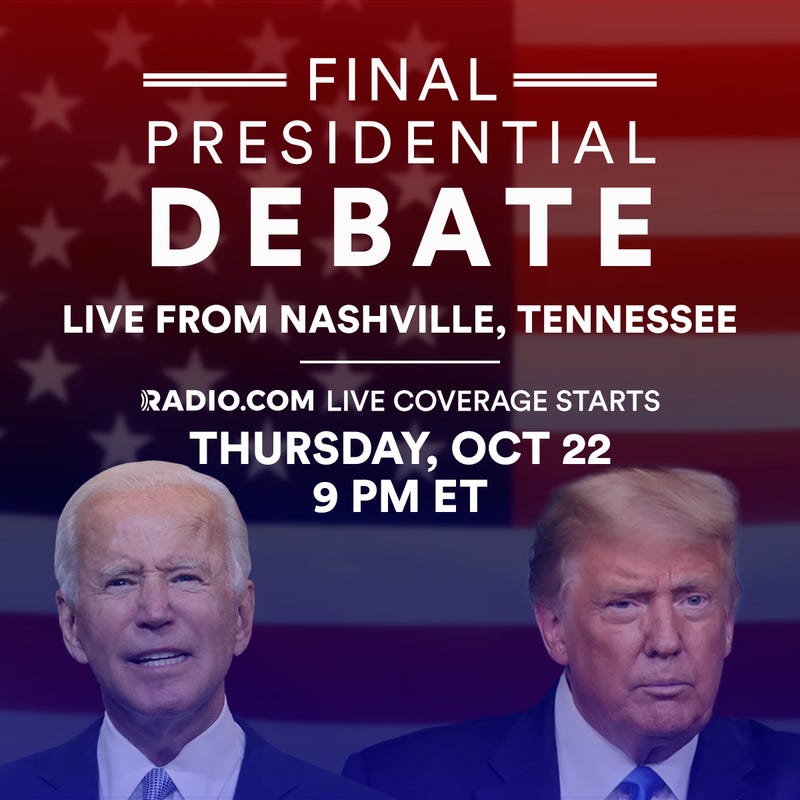 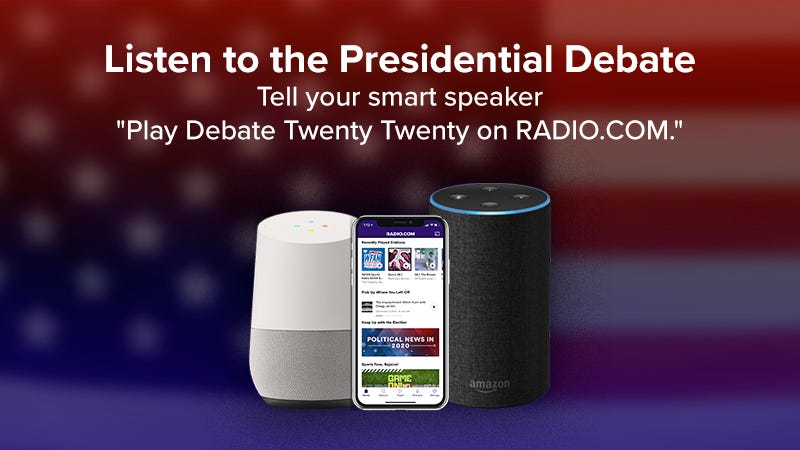 The format is similar to that of the first debate: six segments that run 15 minutes each, in which each candidate will have two minutes to respond to the moderator’s question, following by an open discussion for the remainder of the segment.

The Commission on Presidential Debates announced one significant rule change following a first debate marked by constant interruptions between Trump and Biden: the candidates will have their microphones cut off while their opponent gives their initial two-minute response to each of the debate topics.

The six topics that Trump and Biden will debate on Thursday night are: